Norway has a corruption problem 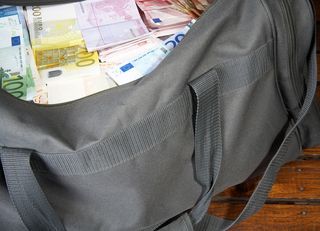 The German professor of economic theory, Johann Graf Lambsdorff, developed the "Corruption Perceptions Index" at the University of Passau in 1995. However, corruption can rarely be measured, because if you measure something, you know about it. This would contradict the principle that corruption is per se illegal or at least unethical and therefore subject to a certain degree of secrecy.

The basis of the corruption index are therefore studies and surveys of 9 independent institutions. Both business people and analysts on 121 countries were asked how they rate corruption in the public sector. This composite index is published annually by Transparency International.
The evaluation presented here is based on the data for 2020 and lists 121 countries. It is noticeable that corruption in Northern Europe is very limited. Germany is also at the better end of the scale in 9th place. The bottom of the table is South Sudan.

It is noticeable that the top places on the list are occupied by wealthy countries. In particular, European countries, Canada and the USA are mentioned here. At the lower end of the ranking are predominantly emerging and third world countries. In order to clarify this connection, an additional column provides information on the average annual income of the respective country.

An interpretation of the ranking list should not lead to the division of individual countries into benign and malignant. Instead, it represents the acceptance of a constitutional state and the fear of punishment within the respective country. Transparency International also complains that numerous "clean states" show exemplary behavior in their own country, but in other countries they are often associated with corruption stand. For example, Sweden is in 5th place, but the partially state-owned company TeliaSonera is accused of having paid bribes in the millions in Uzbekistan. Half of all OECD countries are also accused of similar behavior. Incidentally, with the exception of a few countries in Southeast Europe, the members of the OECD surprisingly coincide with the top quarter of the corruption ranking list.

Consequences of corruption in the public sector

Corruption is not only bad because it unfairly disadvantages individual sections of the population. The main problem is much clearer in the context of economic policy: If money changes hands for personal relationships or favors, then it is no longer available for necessary expenses. The example of schools, kindergartens or hospitals becomes particularly clear. Suppliers are usually public institutions such as state or city administrations. If the money flows into other channels in an uncontrolled manner, the general public has to suffer. Strictly speaking, bribes also remain in the economic cycle - but they can no longer be used to make necessary expenses. As an indirect consequence, economic output falls and inflation rises.