What is mallow used for? 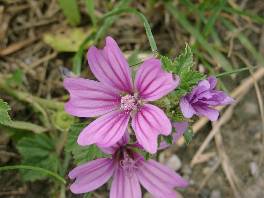 The mallow was already highly valued by the Chinese 5000 years ago, and mallow is even mentioned in the Bible when Moses gave mallow tea to a febrile patient.

So it was inevitable that Dioscurides and Pliny also mentioned their expectorant and irritant-relieving properties. In the Middle Ages, the mallow was one of the most important herbs.

Nowadays, however, their healing properties have been forgotten. Malventee is still offered as a house tea because of its pretty color, but less as a valuable remedy. Wrongly. 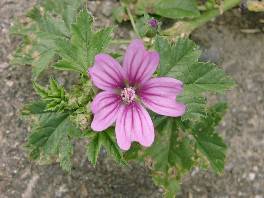 Mallow cannot be boiled, but only prepared as a cold extract.

Drunk as a tea, the mallow helps against respiratory diseases and fever. With its expectorant and soothing properties, it is ideal for dry coughs.

Mallow can also help with inflammation of the digestive organs.

Externally, they can be used in the form of compresses or poultices. It softens the affected areas and promotes healing. 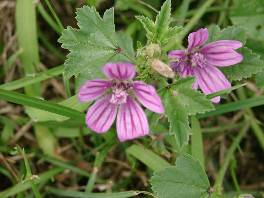 The mallow grows on roadsides, on rubble sites and on fences.

Their stalk is usually 30 to 40 cm long and often grows along the ground, but sometimes also upright.

From June the mallow unfolds its purple-red flowers, which look prettier than many ornamental plants.

There are many different types of mallow, but all of them have similar healing properties.