What is the fear of doll phobia 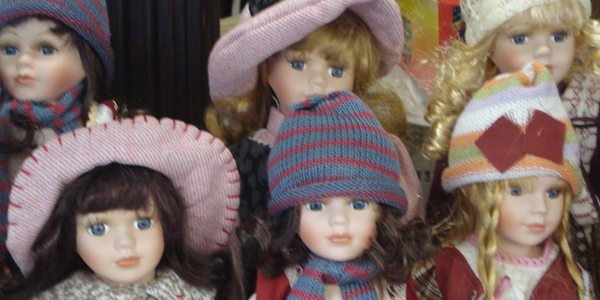 Porcelain dolls - sheer horror for Nicole. Photo: © Janika Rehak
Actually, Nicole Baumann (29) from Bremen is not the fearful type at all. Nothing upsets the young teacher so easily. But the tough teacher is terrified of one thing. She suffers from pupaphobia - fear of dolls. She tells about causes and effects in everyday life and explains why she still considers therapy unnecessary.

Nicole, so you are afraid of dolls. What types of dolls does this apply to exactly?

Ventriloquist puppets! I think that's the worst of all! And porcelain dolls! I get goose bumps with them. Punch and Judy Theater! Does not work at all! Puppets! Also totally terrible! Phew, it tingles everywhere just thinking about it ...!

The topic already seems to be taking you along with you. We have only just started.

Well, you can see how pronounced my phobia is (laughs). So basically: the more lifelike the dolls look, the worse. And if they can move around like ventriloquist dolls, then that's really terrible for me.

When did you first become aware of this fear? Or was there a certain trigger?

I've always found dolls scary. Even as a toddler I ran out of the puppet theater screaming as soon as the curtain went up. However, there was one key experience when I was three years old: At the fair, I had to dance with a puppet that was the same size as me. At first I refused, but was more or less forced to do so. People thought I was just shy. Nobody understood that I was really panic at that moment. I still have nightmares about this scene today. And when I was about five, I accidentally saw an excerpt from the movie "Chucky the Killer Doll". After that, the matter really manifested itself, because of course I saw everything confirmed there that I thought I had always known: Dolls are not nice, dolls are bad! Incidentally, the darkness increased the fear. As soon as the lights were out, I imagined that Chucky was sitting by my bed and wanted to kill me.

So you had a very lively imagination as a child?

Oh yeah! It also became problematic, for example, when I was visiting my grandmother. Because she collected dolls. Her whole apartment was full of it, with at least one in every room. When I stayed at Grandma's, all the dolls had to be cleared away and locked in the cellar beforehand. Still, it gave me sleepless nights. After all, dolls also have hands. Who guarantees me, I thought, that they won't be able to use a key? I know that sounds pretty strange to an outsider, just like the Chucky thing. But scenes like that happened in my head back then. And even if I laugh about it myself today, it wasn't funny at all back then.

How do you react today when you are unexpectedly confronted with a doll?

Let me put it this way: As an adult, you can pull yourself together. It was difficult for me as a teenager. Once, in a fit of panic, I even destroyed a porcelain doll that was worth 200 euros. That was a collector's item, limited edition. The owner was of course not enthusiastic, as you can imagine.

But even today I still have a real feeling of disgust for dolls. I get goosebumps and my stomach cramps. I also don't go into a room when I know there's a doll in it, at least not when I'm alone. When other people are there, it is a little easier for me. On the one hand because it distracts me, on the other hand because I am naturally embarrassed by this phobia, and I don't like to admit it in front of others.

So you avoid dolls as much as possible. Does that have a problematic effect on your everyday life?

Indirectly, yes. For example, there are a lot of teaching methods that use dolls, especially in elementary schools. I can't use any of them. And dolls are always used in the school entrance test in Bremen. I will never be able to do that either and I always have to push my colleagues forward.

Have you ever thought about therapy?

No, because the phobia in turn does not restrict me so much in my everyday life. I do have a certain avoidance behavior, but you are not confronted with dolls that often. So I don't think therapy will ever be mandatory for me. 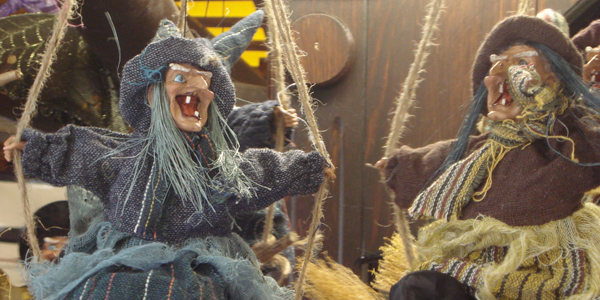 Now, doll anxiety is a rather unusual phobia. How does your environment react to that?

A lot of people don't even know this, just my family, my partner and a few good friends. They were actually always very understanding or at least showed consideration. But I also realize that not everyone can understand this phobia. I myself see it very similarly: Realistically, it makes a lot more sense in my eyes to be afraid of spiders or snakes, or, if you like, of bacteria or diseases. No doll has ever harmed a person. Oh, and while we're on the subject of reality: Yeah, I know Chucky only exists in the film!

What if you later have children of your own? Do you see a problem there?

Well, that could get complicated indeed. I think then I'll just give them so many cuddly toys and other stuff that there's no room for dolls on the shelves. And relatives and acquaintances would of course have to be instructed accordingly about what can and cannot be brought for the children.

However, it gets really difficult when one of my children comes up with the idea of ​​wanting to be a ventriloquist. As a teacher, of course, I think it's good and right to support children's dreams. As a doll phobic, however, I couldn't possibly approve of these plans.