Can you go to jail for hanging up?

The prisons of the slaughter - or: the 78 dead prisoners of Ecuador

The emergency call from Guayaquíl prison comes at 7:12 a.m. on Tuesday morning. From the Cuenca detention center a short time later, at 9 a.m. sharp. And from the jail in Latacunga, supposedly the safest prison in Ecuador, at 10:29 a.m. But when the police try to gain entry, all doors are blocked or they cannot get past the fires at the entrance.

Meanwhile, images play inside like from a splatter film: prisoners are hanged, beheaded and dismembered. With chainsaws. Many dead are later set on fire. And all recorded by video in real time. In the pictures you don't see a single security guard, you can't hear an emergency siren and there is no trace of a helicopter trying to finally put an end to the carnage from above. Interior Minister Patricio Pazmiño spoke of a concerted action by criminal organizations.

The terrible record in Ecuador: 78 dead as a result of massacres between rival gangs. Practically at the same time in three different locations. And everywhere the police did not suspect anything, were they too late and could only stand by and watch?

"Apocalypse now" - prisons in Ecuador are no man's land

If anyone knows what is going wrong in Ecuador's prisons - or rather, in prison policy - it is Stefan Krauth. As a development aid worker, the German lawyer advised the prison administration in Ecuador, saw the detention centers from the inside and spoke to inmates, some of whom are imprisoned there for questionable reasons and who fear for their lives every day under catastrophic conditions. 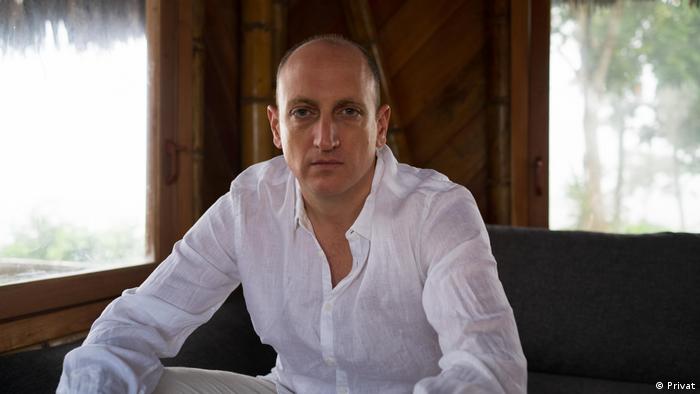 And so Krauth is anything but surprised about the unprecedented killing: "There are prisons, it's 'Apocalypse Now' to be in there. The cells are completely overcrowded everywhere. It's all about survival, the prison in Ecuador is No mans land."

Where do you start with the reasons that paved the way for the massacres on Tuesday? The Ecuadorian government, which four years ago spent $ 153 million a year on its prisons, but now only wants to pay $ 91 million?

With the staff? Currently, each prison guard in Ecuador is responsible for 26 inmates. 26. The United Nations, however, recommends a ratio of 1:10. More than 3,000 prison guards are missing in Ecuador.

Or the hopelessly overcrowded prisons? In 2009 there were just 11,500 people in jail in Ecuador; today there are 40,000. One in three of them is in custody. If you're unlucky, you end up in a murderer's cell for a little shoplifting or selling marijuana.

"I'm sure that half of the prisoners in Germany would not be incarcerated because they are often petty drug offenses," says Krauth, "but then the USA said if you wanted to take part in the war on drugs , why are you not introducing a fast-track procedure? And so in Ecuador you can get ten years within 24 hours. " 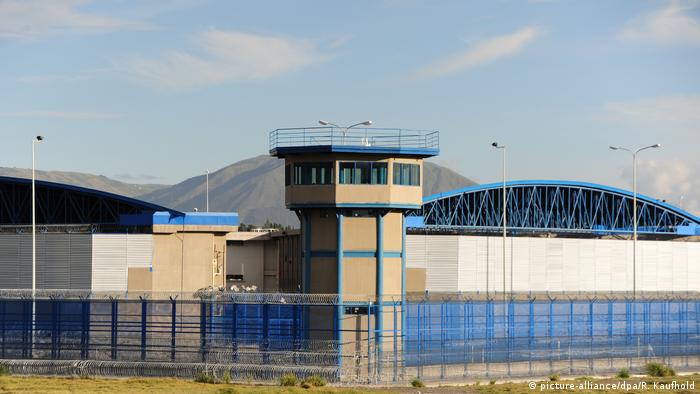 "The bigger a prison, the more difficult it is to control it. Nevertheless, Latacunga was built" - Stefan Krauth

Ecuador appears to have listened eagerly to the United States' hard hand policies on drug possession and trafficking.

The gangs in Ecuador are called "Los Lobos", meaning "The Wolves", the "Latin Kings" or the "Choneros" from the dump Chone on the coast of Ecuador - the latter is the most powerful criminal organization in the country involved in drug trafficking, extortion and protection Contract killings is involved. The murders in the prisons are unprecedented in their brutality. In 2019 the leader of the "Choneros" had his legs and then his arms chopped off.

Then the perpetrators also filmed the beheading, the images circulated on the net for a long time. Particularly macabre: The victim's head was then used as a football in the prison yard. No coincidence, says Krauth: "The police left a wing open in broad daylight so that the gang members could march in there."

What role did the police play in the massacres?

And so the question arises as to what role the police, who control the entrances to the prisons, played in the massacre that left 78 dead. If you want to enter a detention center in Ecuador, you are screened from top to bottom. Body scanners, metal detectors, shoes have to be taken off too.

"You can't even take a coin with you," says the German lawyer, "that means that the public defenders always deposit a few dollars outside the prison so that they can go back by taxi."

So where do all the knives, machetes and chainsaws that the gangs used to kill each other come from? "It is inconceivable that any weapon could get in there without the knowledge of the police," says Stefan Krauth, "the police in Ecuador are part of organized crime and a mafia-like organization." 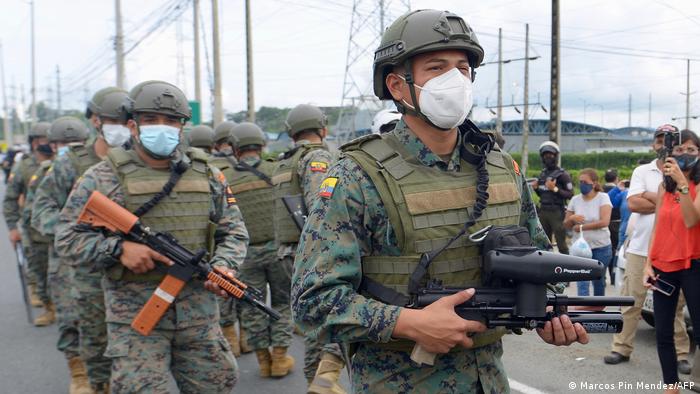 Whether the South American country draws the right conclusions from the murders is still questionable. Many of the prisoners are certainly hoping for a victory for the left-wing presidential candidate Andrés Arauz in the runoff elections on April 11th against his neoliberal rival Guillermo Lasso. And a new policy. But in view of the corona pandemic and the country's economic crisis, reform of the penal system is likely to be at the bottom of the agenda.

If Stefan Krauth had to change prison policy, he would first of all improve the conditions in prison. It starts with access to drinking water and ends with the mattresses. The upholstery trade is flourishing within sight of the prisons - relatives have the mattresses smuggled into the prison so that the prisoners no longer have to sleep on the floor.

He would increase the number of security guards from the current 1,600 and pay them on time. They sometimes have to wait months for their monthly wages of $ 1,000 and are therefore particularly susceptible to any kind of bribery. Krauth would run a witness protection program worthy of the name and not just fool the prisoners into waking up the next morning in Miami with a valid visa.

The lawyer would change the Corona regulations so that prisoners no longer have to die because they can no longer get their life-saving medication due to a ban on visits. He would also rely on a policy of rehabilitation, which in Ecuador only exists on paper.

But above all, Stefan Krauth would release one in four prisoners. So pardon those who are incarcerated for petty drug offenses. "Just make a cut. We have little money, we have few staff, it doesn't work anyway. So we use the few resources we have more skillfully. You can't just lock 40,000 people up and pretend that doesn't work costs."