Can a VoIP number be traced

Interception: How to find out the number of anonymous callers 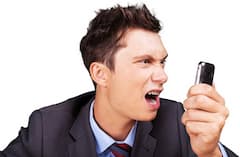 Interception: How to find out the number of anonymous callers
Image: Fotolia - BillionPhotos.com "Keep him on the line - I only need 10 seconds!" - When a telephone interception circuit is set up in older crime novels in order to identify an anonymous caller, such sentences are often heard in order to create tension. Mostly there is a victim of harassment or blackmail in whose living room the investigators and technicians have set up huge fixed-line telephones. After everyone has sat around the devices in silence for hours, the phone finally rings. As if stung by a tarantula, they all jump to their devices in order to be able to locate the criminal during this attempt.

The CLIP service feature, i.e. the transmission of the caller's number, has been available on ISDN since 1989, and since 1998 it has also been available across the board in the analog telephone network. The digital cellular networks have also supported the service since the beginning. Every telephone connection switched since then transmits its own number to the called party by default.

This can of course be suppressed by the caller on a case-by-case basis or permanently - and many telephone customers still make use of this. There are still cases of harassment, extortion, other criminal offenses or simply advertising calls in which the caller suppresses the transmission of his number (although this is prohibited by law in the case of advertising calls). How can I find out the number of a caller anyway? Are such measures as in the crime novels still necessary?

Interception: How to find out the number of anonymous callers
Image: Fotolia - BillionPhotos.com Scenarios like those in crime stories have actually not been necessary since the 1970s. Before that, it was actually the case that post officials in the exchange of the German Federal Post Office had to manually trace calls during an ongoing telephone call across several network levels, which could take a long time, especially for long-distance calls. If the caller hung up by now, it was practically impossible to trace him back. Even if you had identified the connection, you had to rummage through files to find out the owner - sometimes it was just a phone booth.

In the 1970s there were the first fully electronic switching systems, and so the possibility of analog interception was gradually introduced across the board. In the case of an existing call, the person called had to dial the so-called catch number. An inaudible signal was then used to signal to the caller's connection not to hang up, even if the caller had meanwhile hung up the phone. His connection was then blocked (occupied) and the technicians were able to trace the line back without time pressure. Technical facilities from this time are shown here on photos.

The legal basis for identifying callers

In Germany, the providers of telecommunications services are required by law to provide a service to identify the caller even if the number is suppressed. This is particularly intended to serve the purpose of combating crime.

Telecommunications providers are legally obliged to log and save connection data for a certain period of time. This is called the "traffic data", which is also the subject of the controversial data retention. In the case of criminal offenses, the traffic data is used by the investigating authorities to identify anonymous callers by order of the judge.

The legal basis for the service to identify the caller can be found in Section 101 of the Telecommunications Act:

Section 101 TKG: Notification of incoming connections:
(1) If a subscriber conclusively submits in a procedure to be documented that threatening or annoying calls are being received when he is connected, the service provider must also provide cross-network information on the owner of the connections from which the calls originate upon written request. The information may only relate to calls made after the application has been submitted. The service provider may collect and use the phone numbers, names and addresses of the owners of these connections as well as the date and time of the start of the connections and the connection attempts and communicate this data to its subscribers. Sentences 1 and 2 do not apply to service providers who only offer their services to participants in closed user groups.
(2) The announcement according to paragraph 1 sentence 3 may only be made if the subscriber has previously limited the connections according to date, time or other suitable criteria, as far as an abuse of this procedure cannot be excluded in any other way.
(3) In the case of cross-network information, the other service providers involved in the connection are obliged to provide the service provider of the threatened or harassed subscriber with the necessary information, provided they have this data.
(4) The owner of the connection from which the established connections originated must be informed that this information has been provided. This can be dispensed with if the applicant has conclusively submitted in writing that this notification could result in significant disadvantages and these disadvantages appear to be significantly more serious when weighed against the interests of the caller worthy of protection. If the subscriber from whose connection the calls identified as threatening or harassing were made aware of the provision of information in any other way, he must be informed of the provision of information upon request.
(5) The Federal Network Agency and the Federal Commissioner for Data Protection are to be informed immediately about the introduction and change of the procedure to ensure paragraphs 1 to 4.

In today's digital telephone networks, the caller identification service is called "Malicious Call Identification" (MCID). The phone number as well as the date and time are logged. If the harassed person has received this data about the caller from his provider, he can hand it over to the police for further investigations. The data collected via MCID can also be used in court.

If you want to use MCID to identify harassing or criminal callers, you have to apply for the service feature from your provider. In doing so, he must - as formulated in the TKG paragraph cited above - conclusively state that threatening or harassing calls are being received when he is connected.

Many providers only refer to this service on sub-pages or help pages - Deutsche Telekom, for example, in their help area. Of course, the providers do not have to offer this service for free, but can charge fees for it. And they don't do that too scarcely. Let's take Telekom again as an example: In the document Description of services and prices for add-on options for landline connections [link removed], MCID is referred to as "identify"; it is available for analog, ISDN and All-IP connections. The costs for this can be found under point 4.3: The setup costs 85.95 euros per connection, after which - starting with the day of the setup - an amount of 54.95 euros is charged for each commenced period of 14 days.

In the event of harassment, Telekom itself recommends: "In most cases of telephone harassment, switching on an answering machine or even the mere threat that the connection will be traced helps." In today's router models with telephone function, callers who do not transmit a call number can be permanently blocked without any problems - but then no callers can get through whose telephone connection was switched before 1998 and who have never subsequently activated caller ID. This is still the case in isolated cases, for example, with the telephone connections of senior citizens.