Hugging is common in Canada

Post-pandemic: when we hug again ...

Keeping your distance shows empathy and respect for everyone else. This is how we value and protect strangers as well as friends, family and ourselves.

Nevertheless, it feels wrong to change the side of the street when we meet others, we avoid all contact. Not hugging friends and family - for celebrations, after a long reunion or just for fun. We even shudder when we see crowds in films, and yet we long to be close.

Numerous studies show how much this social abstinence affects us. These are also effects of the corona pandemic. SARS-CoV-2 is a tiny virus that not only troubles our immune system, but also has an immense impact on all conceivable levels, not least the psychological one.

The pandemic is like an endless car journey, with one or the other unexpected traffic jam, in which we ask ourselves: "How much longer? When will we finally be there?".

In the end we expect relief, the well-deserved rest after an extremely draining time. We expect a return to the good old normal - without masks, without distance. But will we ever get this normality back? Steven Taylor, professor at the University of British Columbia in Vancouver (Canada) and author of "Psychology of Pandemics: Preparing for the Next Global Outbreak of Infectious Disease" is also concerned with this question. Taylor told DW: "Many people find it difficult to imagine such a return to normal, which is due to a cognitive bias (thought pattern)."

Anchoring bias or anchor effect means that we cling to the first part of a piece of information and then act accordingly - such as assessments, arguments, conclusions.

"Today, in the year 2021, we have difficulties imagining a future in which we shake hands, hug each other and go to concerts because we are psychologically anchored in a present where such things are forbidden and unsafe," explains the psychologist . 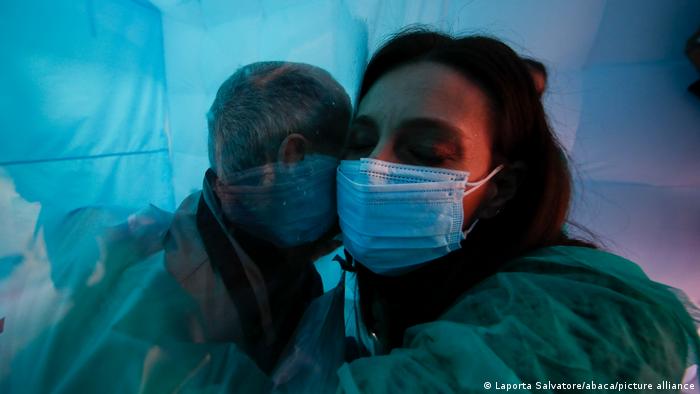 How this anchor effect works becomes clear when reading science fiction novels from the 1950s, in which the authors tried to imagine what life would be like in 1990. "Typically this is the 1950 lifestyle and culture extrapolated to 1990, mostly by adding some technological advances, such as flying cars."

Psychological holdovers from past pandemics

But let's leave science fiction and look back at previous epidemics and pandemics - for example the Zika virus emergency and the influenza pandemics of 1957, 1968 and 2009. "There is no evidence of long-term effects on psychological functions", so Taylor. 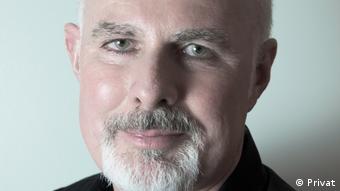 Like the Roaring Twenties: Soon after the pandemic ends, there will be a very social time, believes Steven Taylor, a professor of psychology at the University of British Columbia

This could of course be because they were relatively mild compared to COVID-19. But even for the pandemic of 1889 - the "Russian flu" - there is little evidence of long-term consequences.

"That was probably because of ideas about how diseases are transmitted," says Taylor. "At that time, the belief was widespread that diseases are spread through miasms (editor's note: disease-causing mists that arise at night)."

The miasm theory was new in this context. As a result, many people at the time were not concerned about shaking hands or covering up a cough because they did not know that an infection could be transmitted from person to person.

It was different with the "Spanish flu". Hygiene practices like hand washing, covering up coughs, and not spitting probably became more common in communities after 1918, but it is noteworthy that there have been no other changes, Taylor finds. "Think, for example, of wearing face masks in public, which was common and even mandatory in Western countries during the 1918 pandemic. The custom of wearing masks quickly disappeared after the pandemic was over," said Taylor. 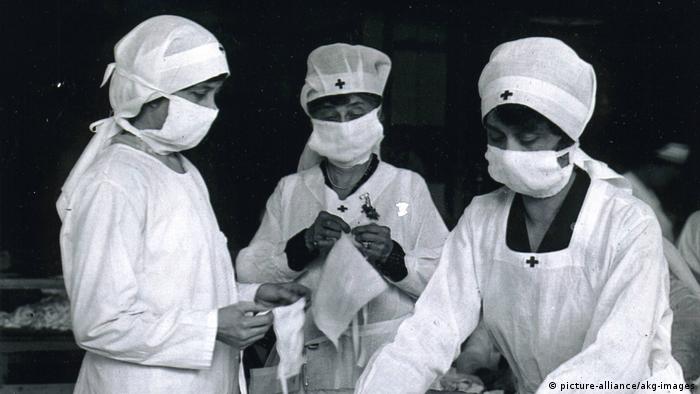 Mask requirement, contact blocks, border closings, quarantine regulations: With the Spanish flu, there were measures like today to stop the pandemic

So with COVID-19 we had to learn how to wear a mask again. The situation in Western countries was of course different from that in Asian countries, where wearing masks has become an established habit, writes Taylor - even to prevent the transmission of colds. "The 2003 SARS epidemic in some Asian countries (e.g. Taiwan) likely had a lasting impact, preparing those countries to lockdown quickly and early as the onset of COVID-19."

Back to the old normal

Shortly after the end of the COVID-19 pandemic, there may be a kind of short-lived 'roaring 20s', predicts Taylor. "They will be particularly sociable, but that too will pass when things return to the way they were before COVID-19." 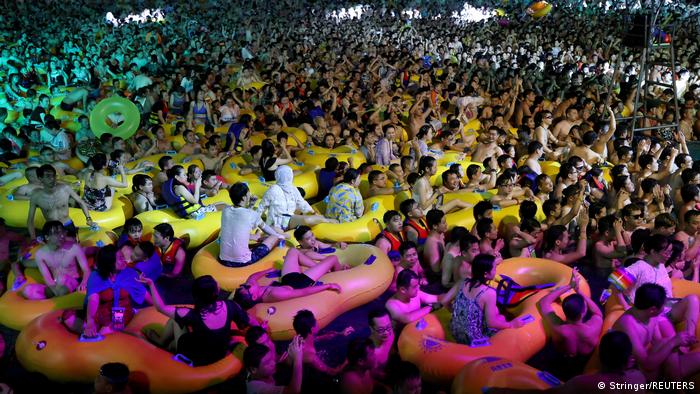 The psychologist believes communities will recover from COVID-19 in ways that will surprise many people. Anyone who remembers the pictures of the party at Wuhan Maya Beach Park last August will certainly not doubt it. 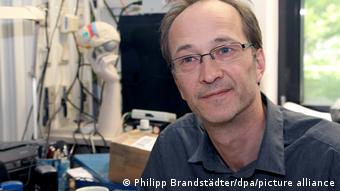 "It doesn't work without physical contact," says Martin Grunwald, head of the haptic laboratory at the Paul Flechsig Institute for Brain Research at the University of Leipzig

"The majority of people will shake hands again, hug each other, go to overcrowded pubs and restaurants and take part in overcrowded stadium events such as football games," says Martin Grunwald, head of the haptic laboratory at the Paul Flechsig Institute for Brain Research at the University of Leipzig.

"At the first signs that contact with the other is no longer dangerous, we will return to our old behavior," says the haptics researcher and psychology professor.

Without touching - without us!

Grunwald sees touch as essential for our species, Homo sapiens. "The human organism only develops in the closest physical contact with the other socially. That is, so to speak, a basic experience of our species," says Grunwald. This is actually how it is for all nest-crouching mammals - they all need physical contact in order to grow properly.

"Someone is close to us who we are physically close," explains Grunwald. That has nothing to do with sexuality, but this contact biology is a central experience in our lives. The researcher wrote down his findings on touch and the sense of touch in the popular science book "Homo Hapticus".

"The body interaction with the other is, so to speak, in our biological or social DNA. It is shaped by our experiences as children and infants. We will find our way back to these basic forms of communication," says Grunwald. In short: we cannot be without touch.

We didn't just know that today. In the 1950s there was already clear research on this - the Harlow experiments have become a very controversial prime example:

Harry Harlow explored the fundamentals of mother-child bonding with rhesus monkey babies. In his experiments, Harlow placed young rhesus monkeys in a cage without their mother.

The monkeys only stayed at the milk dispenser to eat, but otherwise cuddled up on the fabric-covered mother dummy. Heartbreaking images.

At the time of the study, in particular, this finding was absolute news - because up until now there was a widespread habit of avoiding hugs and other intense body contact, especially with male offspring.

Further experiments followed, in which young monkeys were raised in different social environments - some animals completely isolated, others only with their mother, and still others with mothers and playmates of the same age. The monkeys, from whom contact was withheld, all showed severe developmental and behavioral disorders.

The experiments make it clear how essential physical contact is for the development of healthy social behavior. Harlow's investigations were and still are ethically questionable. Therefore, studies on humans are still rare to this day.

What is a hug?

Well, let's assume that Taylor and Grunwald are correct, and as soon as there are the first signs that contact with the other is no longer dangerous, we will return to this behavior: Do we still know how it works? How can we approach each other? To signal the desire for closeness, touch and hug? 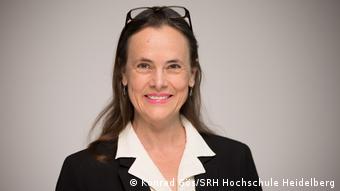 "At first it is definitely a bit bumpy. You can already see that when we meet people and don't really know how to meet them," says Sabine Koch, professor for dance and movement therapy at the SRH University of Heidelberg and head of the Research Institute for Artistic Therapies at Alanus University.

Even before Corona, she did research on hugs, such as how body rhythms communicate the need for closeness and separation.

Koch confirmed the assumption that there are different phases: hugs go from a first surrendering phase with soft, round movements to the next phase, in which the body is more tense. Then there is usually some kind of tapping on the back or on the shoulder - a release signal, which signals the end of the hug and means: "That was enough for me and we can break away." This process makes a good hug, says Koch. 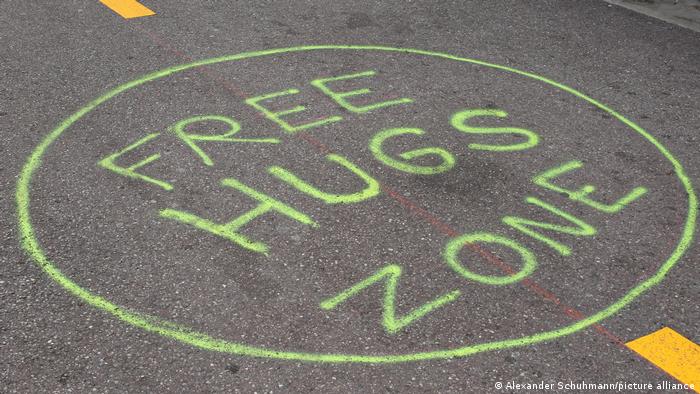 How close can I get to you? We'll hug each other again for sure - but at first we should be sensitive

However, she also observed an interesting exception during her study: the phases apply to all combinations of women with men and women with women. But it was not true of men who hugged men. Their hugs began immediately, at least in a public context, with a pat on the back - that combative rhythm.

But disregarding this typical process, the quality of the hug is also very important. That means: How tense or relaxed is the other in his body? Does he walk towards me, does he lean towards me, does he go back a little? "In the end, these little things also make up the quality of a hug," explains Koch. She analyzes such micro-movements of approach and avoidance in particular in movement analysis and therapy.

So: We have certainly not forgotten how to hug because of the pandemic, but Koch assumes that there will be some reluctance at the beginning - a kind of transition phase. "Whether and how we embrace then takes place on the non-verbal level as a negotiation. Is it okay to hug you now or isn't it?"

"Our study also showed that people have very different sensitivities on the non-verbal level," says Koch. In other words: Some people immediately notice when someone starts knocking in a hug and the replacement signal sounds and they take a step back. The others notice this much later, and still others do not notice it at all.

After the pandemic, the sensitivity of each individual is particularly important: Are there really any signs that the other person wants it too? Sometimes this is not that easy to see. In case of doubt, you might leave it off at first. Or: You talk about it - and just ask explicitly whether you can hug your counterpart.