YouTubers now live from their weekly little films and do little more than play computer games or talk into the camera. They reach more people than, say, a Simpsons episode on regular TV - actually a million more people. How do “Gronkh” and “Y-Titty” manage to unite such masses behind them? Let's take a closer look today.

3.3 million subscribers. This is the current number (as of 12/2014) of viewers on the largest German YouTube channel. 10th place still reaches 1.5 million per video. For comparison: the season start of the new Simpson episode reached a reach of 2.03 million viewers according to the ratings meter. When “Gronkh”, that is the name of the largest channel, uploads a video, it reaches more people than conventional television. A gold mine. Before every video, the professional YouTuber runs advertising that makes money. Although the remuneration is different for each advertisement, the professionals earn so much money with their channels that it can easily suffice for a living, even with the exception of sponsorships and extra jobs.

And best of all: Anyone can become a YouTuber themselves! It's so easy, isn't it? Unfortunately not.

Gronkh is the personified nerd and does little more than play computer games and comment on his games live. He is the best example of the gap between the young generation and those who grew up with television. Gronkh is just not funny, some say, others adore him. He grew up with his Minecraft videos. Minecraft is an endless simulation of an adventure life: The player starts with nothing, but can assemble objects such as pickaxes, build houses, fight monsters, explore caves and so on. The possibilities are nearly unlimited. Gronkh likes to build huge cities and plantations over weeks of work.

Why is he successful?

His videos have something of the rush of conventional television. It's relaxing to watch him wander through the new Resident Evil, get scared, solve puzzles, make connections and have fun. It's like playing the game yourself without having to buy it. Gronkh's humor hits his target group, and he's the nice nerd next door: a sympathetic. Gronkh has been around forever too, and its subscriber numbers are the result of long and hard work. He is now producing at a very high level and has been releasing several videos a day (since 2010). He has his own shows and reports on events that interest the target group.

How does he earn money?

Gronkh is active in so many locations that it becomes confusing. First he makes money with various YouTube channels. You can also buy Gronkh, then moderate or test it for a client. Alluding to specials like the new Battlefield with Moritz Bleibtreu for EA: Standard. Gronkh also runs its own limited liability company together with his colleague Sarazar. You have several websites that should also make money. He was a partner in the largest German games media network IDG and this year switched to the Pro7 network. Gronkh is the success story of a man who went from being a computer gamer to an entrepreneur, mouthpiece and control center of the game community.
SocialBlade estimates monthly YouTube revenue at around € 6,200 - € 49,600. 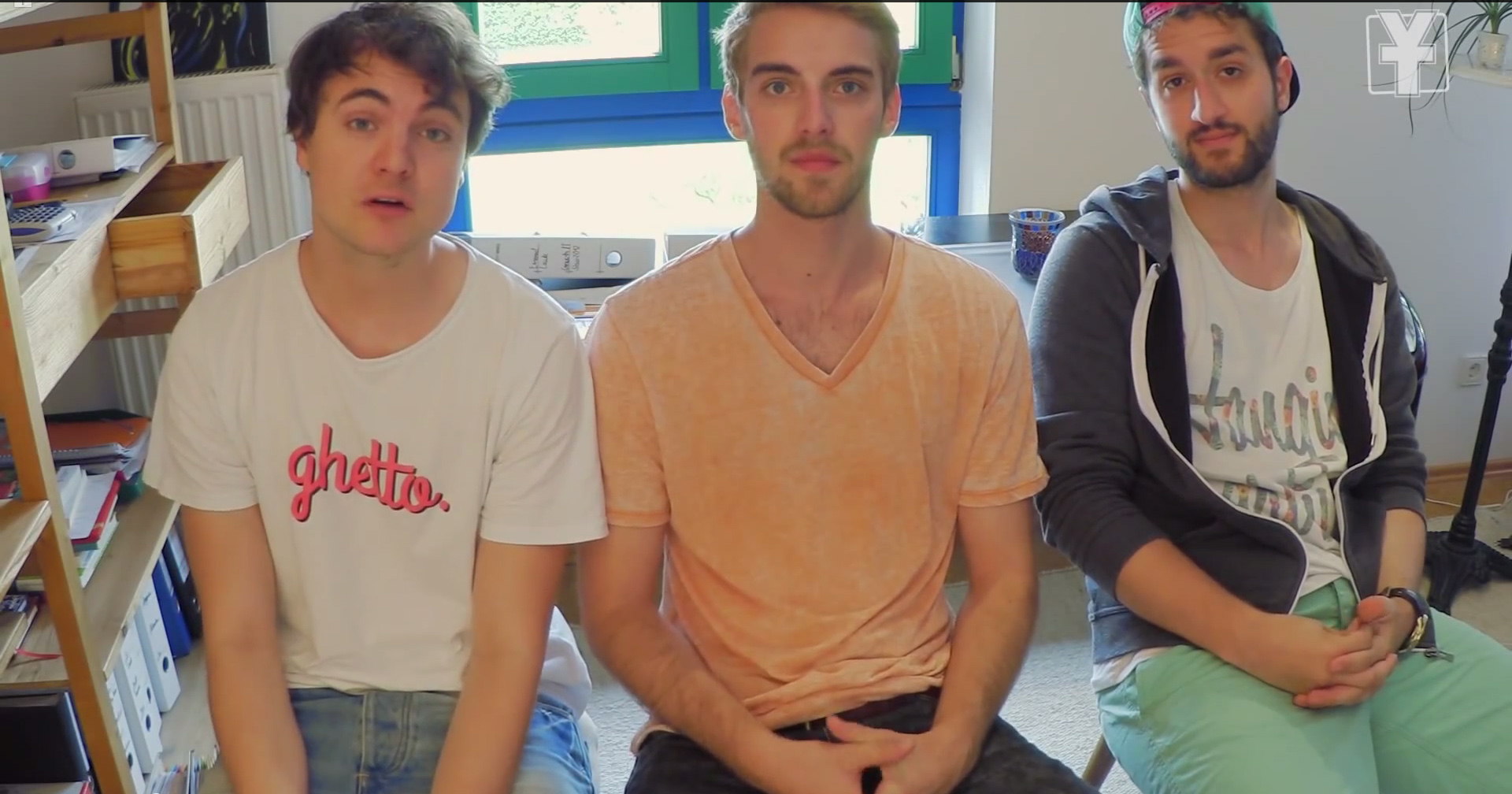 Y-Titty are three crazy guys who have been on YouTube for eight years. At the age of just 16, they merrily parodied themselves through the portal and did whatever they had fun. They had their breakthrough with song parodies, the most successful of which even cracked the 20 million mark. Their video is very fresh in which they use the “Manuel Neuer Scherze” popular among young people as a song - with success: 600,000 hits within five days. In 2014 they even won an echo for their music video for “Shut your mouth”. The single came to number 5 on the charts.

Her success, like that of Gronkh, is long worked out. For a long time they were the largest German canal until recently they were overtaken by Gronkh. Y-Titty are very close to their target group, three guys, very normal, who can sing a little and have a very good eye for current trends. Their song parodies combine what the target group wants to see and hear: the music of current hits with funny videos and new lyrics. Y-Titty are YouTubers from the very beginning, know everything and everyone and cooperate with the major players in the German scene. A good example of this is their parody of the cult game Grand Theft Auto (GTA), which they bring to real life and have Gronkh comment on it (4 million views).

How do you make your money?

Similar to Gronkh, Y-Titty have a lot of construction sites. Philipp Laude, one of the three from the trio, has always been the creative mind behind Y-Titty. He is a member of the Management Board as Creative Director at Mediakraft, the largest German YouTuber agency. Mediakraft likes to adorn themselves with the fact that they reach more people with all their channels than traditional TV channels.
Of course, the trio can live on 20 million click videos anyway. YouTube also supports such large channels as the platform relies on the content.
If you look at Y-Titty, you inevitably have to talk about media cooperation, surreptitious advertising and product placement. Y-Titty can be booked, then they test the new Samsung phone at a festival, for example.

The trio has just won an Echo, the German music prize that is awarded based on sales. We can assume that the single releases of the parodies in the music market will also earn some money.

Lastly, it should be mentioned that Y-Titty is doing so well that they have just stopped posting content continuously on YouTube. Now they only do what they feel like doing: a tour with music and comedy next year, for example. 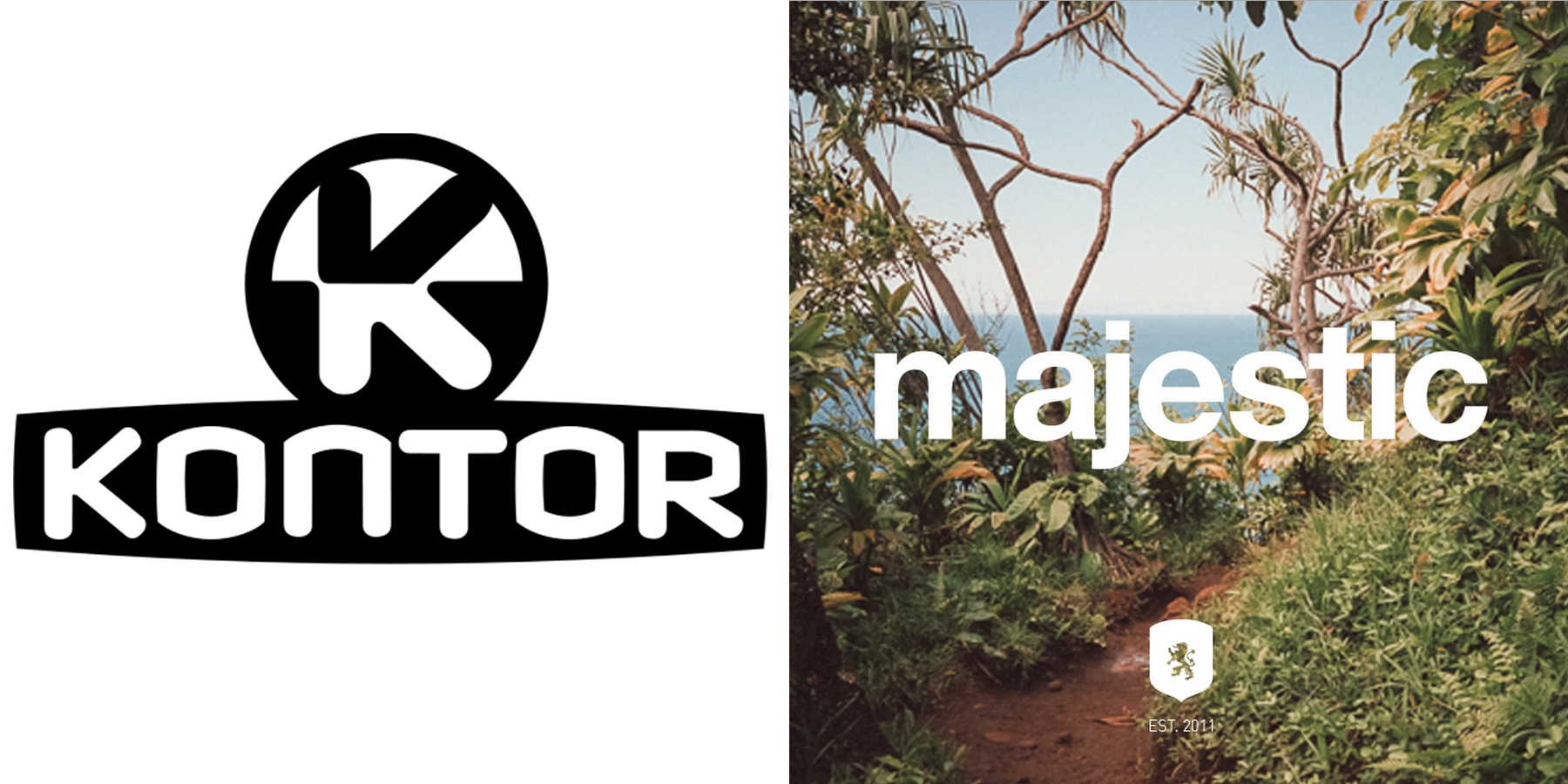 Places 3 and 5 are occupied by two channels that deal exclusively with music. Kontor is a German music label and Majestic is a music blog.

Kontor produces international greats such as ATB, Dj Antoine, Scooter and Tiësto. The label has existed since 1996 and is a Hamburg success story: started as a club in an office, the company grew steadily and made a name for itself as the best address in Germany to promote electronic music. The label has been operating its YouTube channel since 2006 and achieves unbelievable reach of up to 153 million views at the top and around 10 million on average.

Majestic operates different channels, each of which deals with a different genre of music. Casual shows music videos of all genres, with a focus on electronic music. The whole thing is a blog that is based in Stuttgart. Not much more is known. The makers remain in the background. Majestic Casual has 23 million peak views and around 1 million on average.

In essence, it's the MTV phenomenon. Music combined with video still works very well. In addition, in times of Google's GEMA dispute, one must not forget that it has become more difficult to watch free music on YouTube. YouTube is still, ahead of streaming services like Spotify, the number 1 address for internet-savvy people to listen to music for free.

Kontor is a label for electronic music and it is currently in demand on the internet. The target group for this is therefore relatively safe on YouTube. They also provide the musicians the world wants to see: the stars of the scene. The other artists are promoting each other comfortably on the side.

Majestic also shows its subscribers what they want to see. On the one hand, the blog provides good music for free. On the other hand, the channel makes a preselection and only presents artists who are likely to please the target group, so it also offers an editorial team.

How do you make your money?

Kontor is a full-fledged label, even one of the largest internationally. So they earn money like any other label: With their artists. What sets Kontor apart is its knowledge and practice of the new media. All social channels together create a powerful promotion platform that delivers free content, music and video that the target group really wants to see. The content is international because it shows music. The audience is not limited to Germany. Thus, even more advertising income is generated. Kontor also sells its powerful multi-platform clout, consisting of YouTube, Spotify, Myvideo and a television station. So if you would like to introduce your artists to an audience of millions, you can do so at Kontor for a fee. According to information, the Kontors are already making 1,000 labels.

Majestic likely has no other income besides YouTube. But that is not necessary either, the work the blog does is to find music, clarify rights and post videos. That pays off easily with these numbers. In addition, it is quite possible that Majestic will also make its platform available for a fee.

LeFloid publishes a weekly magazine with up to three target group-relevant messages and comments on it.

Why is he so successful?

Sympathy who expresses what many think. 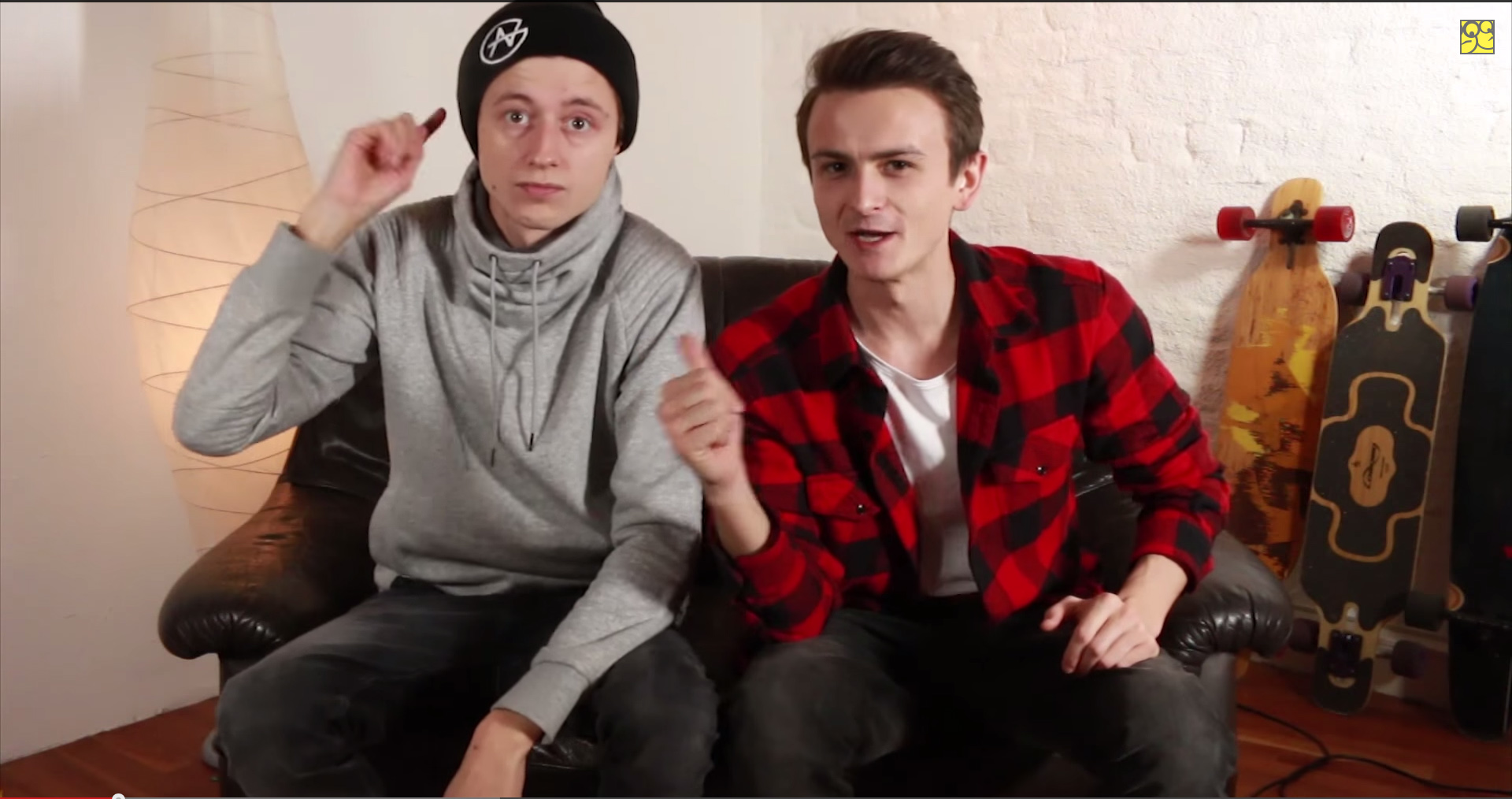 Two boys from Russia who now live here. For a long time the largest German canal.

Two sympathizers who do stupid things and have to find their way around Germany. 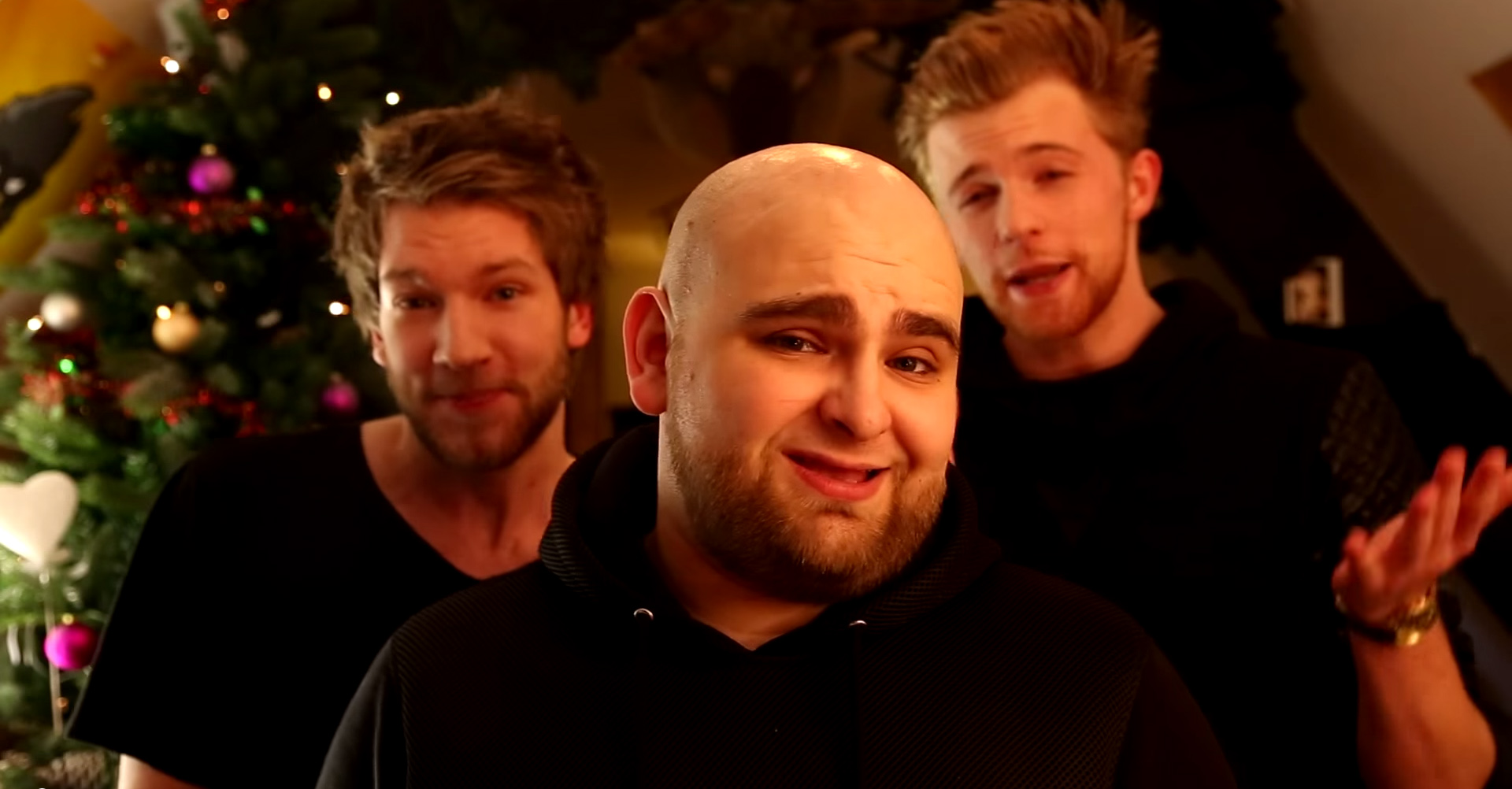 Hardly any famous YouTuber draws. Meet the humor of the target group. Put on sex topics.

Network of gamers who make LetsPlay.

The channels that deal with make-up tips, styling and care products are no longer among the top 10 in Germany. But the impression is deceptive: only 25th place falls under a million subscribers. Channels like Mr. Tutorial and bibisbeautypalace also earn a lot from product placement. They show their viewers how to properly apply make-up and style.

What kind of conclusion can we draw from this YouTube review?

YouTube is hard work. In order to receive fees that are sufficient to live on, we have to reach a lot of people.

A comparison channel with at least 26,000 subscribers earns a maximum of € 800 per month according to Social Blade.

But it has to be that many because we cannot assume that the same amount of advertising revenue will be generated every month.

Those who really want to be successful rely on music, games or comedy. There's no way around it. Unless you conjure up a wacky personality out of your hat, then you can also make make-up tips.

To make money, the channel should be engaging in something that is advertised online that interests viewers. Not every ad before a video is paid for just because it ran for five seconds. Often the remuneration is linked to conditions such as minimum playback time, clicks or sales. YouTube is Google and personalizes advertising to the user. Let's compare the named channels of Y-Titty (€ 33,000 / month)) and PietSmiet (€ 109,000 / month it becomes clear that size is not everything.

There is also no getting around the YouTube networks of, for example, Mediakraft, Pro7 and IDG. It is only with their help that channels become large enough in the first place. And what counts for the networks is content and an existing audience base.

But if you really want to try that, the omens are good: Ericsson increases the forecasts for video usage in the future every year in the Mobility Report. If you watch the first videos of the YouTube stars, nobody needs to be afraid to start with their own webcam. What it takes is perseverance and passion for the video.
And how to get started on YouTube, we'll show you in our multi-part series here on affiliate deals!