When did astrology begin 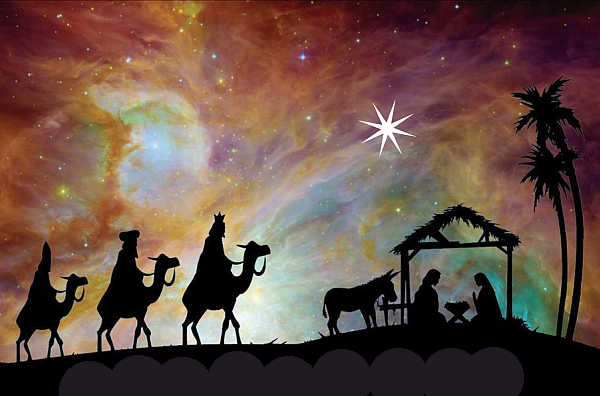 The observation of the starry sky is believed to be as old as human history. It was not just about the sublime sight, which even today even rational minds cannot escape. The sun and moon, fixed stars and planets have always been important points of orientation for man's need to determine his place in the universe and to reconcile with its forces. Observing the sky (astronomy) does not mean astrology.

The oldest sure traces of astrology can be traced back to about 2,500 years before our era in Mesopotamia. The bearers of the culture were the Sumerians and Babylonians. European evidence of early sky observation such as Stonehenge in England suggests that the focus was on the sun.

Apparently, while observing the sky, people soon recognized that there are certain cycles that can be calculated in advance with some experience. The oldest preserved ephemeris dates from 1970 BC. It was soon possible to associate positive or negative expectations with certain phases of the cycles. That was the beginning of the forecast. In addition, the observers of the starry sky paid attention to special phenomena such as eclipses, but also to less conspicuous phenomena, such as whether the moon had a halo or what color the planets were. From these observations, predictions were made about the fate of the state.

In the advanced civilizations of the Egyptians and Chinese, observing the sky was supplemented by the knowledge of the quality of time. This has significantly improved the forecast. Nevertheless, all of these systems differ fundamentally from Western astrology. The latter developed between the seventh and fourth centuries BC. The knowledge of the sky observation in Mesopotamia as well as the mathematical understanding of the emerging Greek culture led to this synthesis. Although the Babylonians knew the constellations and created the complete zodiac, the Greek culture discovered the precession and developed the spherical conception of the cosmos, which is important for the house system, as well as the doctrine of the four elements.

These were the prerequisites for astrology, as it is essentially passed on to this day. It consisted of the twelve-part zodiac, the beginnings of a house system with the ascendant, the seven classical planets named after the deities of the Greek Olympus (later in its Roman version) and the aspects. The oldest recorded birth constellation - a so-called cuneiform horoscope - comes from the year 410 BC. In today's sense, neither a horoscope was created with it, because only the planetary positions of the birth were noted, often only with the zodiac indication[1]A horoscope interpretation was still given, apart from a few extremely brief remarks[2]. Around the second century BC. took the astrological, but not directly transmitted work of the legendary authors Nechepso and Petosiris great influence on Greek astrology and numerous astronomers / astrologers[3].

The leading astrologers were also astronomers. Personalities such as Hipparchus (around 190-125 BC) and Dorotheos of Sidon, Vettius Valens or Claudius Ptolemy (around 100-160 AD) shaped astrology with their knowledge and works for many centuries until well into modern times, however, in the Middle Ages it was conveyed through Arabic astrology and its translation work in Spain.

In the Roman Empire, astrology was no longer reserved for a small class of priests and rulers. It opened up and developed individual astrology for well-off citizens. As a result, however, it also flattened over time. The deep knowledge of the cosmic connections continued to flourish in esoteric cults that were adopted by subjugated peoples, such as the Mithras cult from Persia or the Isis cult from Egypt. With the rise of Christianity, the influence of astrology declined noticeably. Regardless of individual sponsors, the majority of theologians rejected astrology.

It was thanks to the rising Arab world empire that much of the ancient astrological knowledge was preserved for posterity. In the 9th and 10th centuries, Baghdad and Cairo were the centers of learning, where astrology was also highly valued. The important ancient works were translated, also and especially in Islamic Spain, and knowledge was expanded due to mathematical and astronomical advances. The era of astrology, which was shaped by the Arab-Islamic culture, lasted in Spain until the 15th century, when astrology began to decline in Islam, which continues to this day.

In Europe, on the other hand, there was a renaissance of astrology at the end of the Middle Ages, which received its most important impetus from Spain. After the Moors were driven out, there was a very tolerant atmosphere there for a short time, which fertilized many areas of knowledge. Toledo in Spain and Chartres in France became the new centers of astrology.

The spirit of optimism of the modern age promoted the old star interpretation quite extraordinarily. The reform of the calendar by Pope Gregory, the invention of the printing press and the mechanical clock, the discovery of the planetary laws by Johannes Kepler and the improved mathematical basis for calculating the houses created a new basis for it. For the last time astrology and astronomy worked hand in hand. Tycho Brahe and Kepler not only did pioneering work in observing the sky and systematizing the laws of science, they also practiced astrology. 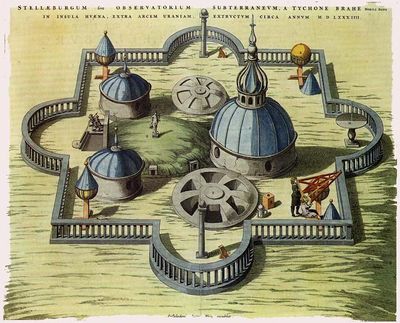 Tycho Brahe's observatory Stjerneborg on the island of Hven

The new knowledge about the structure of the cosmos (heliocentric view of the world) could not shake the basis of astrology; on the contrary, other natural sciences made explicit reference to them. Paracelsus (1493-1541), the pioneer of modern medicine, explained: "Who wants to be a doctor who does not know the outer heaven? From the outer heaven the doctor has to see the inner heaven in order to create the inner one for his patient Firmament (the medicine). " Numerous crowned heads and even church princes like Pope Paul III. Court astrologers kept themselves.

The heyday of astrology lasted until the Baroque era in the 17th century. Then a decline set in, which had several causes. The advances in natural science made its representatives believe that they could physically explain the entire cosmos. This positivism left no room for astrology. In addition, resistance in the Christian churches increased. The reformer Martin Luther (1483-1546) rejected astrology early on; the Jesuits, who became the most influential order within the Catholic Church through the Counter-Reformation, also rejected them. The Enlightenment in the 18th century did the rest to drive astrology out of the universities and the public consciousness. The discovery of the planet Uranus in 1781, which shattered the old system of the seven classical planets, seemed to inflict the ultimate fatal blow.

The academic era of astrology ended in Germany in 1817: Professor Johann Wilhelm Pfaff, mathematics and astronomy professor at the University of Erlangen, tried, after a long time, to re-establish an astrological lecture there after he had published an astrological textbook the year before, However, he received harsh criticism from his colleagues and had to stop this attempt.

But astrology was not over. It has been experiencing a new bloom since the 19th century and continues to this day. The causes are manifold. External developments such as the introduction of time zones in 1884 made working with it much easier. She also succeeded in opening up to new (scientific) discoveries and integrating them into her system. This applied not only to the newly discovered planets, but also to psychology, with which a fruitful exchange developed. Some of its representatives, such as Carl Gustav Jung, received important impulses from astrology. At the same time, astrologers such as Dane Rudhyar and Thomas Ring used depth psychological knowledge to fundamentally reform astrology (revised astrology).

In the second half of the twentieth century, natural science increasingly reached its limits. Her groundbreaking research led to ever new questions, so that at the turn of the millennium many scientists no longer rule out a cosmic plan behind the universe. However, reservations about astrology are still great.

Today's astrology combines all the elements that have shaped its history: there is sophisticated research and interpretation that is in close exchange with other disciplines, as well as the flattening and commercialization of trivial astrology. And there is the basic rejection by the majority of scientists. 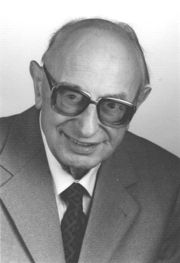 The most important English-language title in the history of astrology, which describes the developments since the beginning of horoscope representations and interpretations in Babylon in the 5th century BC. traces to the present of the various western countries. No other available work names and discusses so many astrologers, from late antiquity to the Arabic, medieval, modern, European and North American astrology developments

Academic standard work on astrological literature of antiquity. Quoted many times in European and North American publications on the subject

Considered the best work on general astrology and astrology history since its publication in 1967. It is often used as a reference title, also in Anglo-Saxon astrology literature