Cyclists should wear a helmet

In 2019, more and more young people wore bicycle helmets for their own protection. The German Road Safety Council (DVR) welcomes this. According to a current survey by the Federal Highway Research Institute (BASt), the rate of helmet wearing among young adults has increased compared to 2018. The “Looks like shit. But saves my life ”is showing initial success. 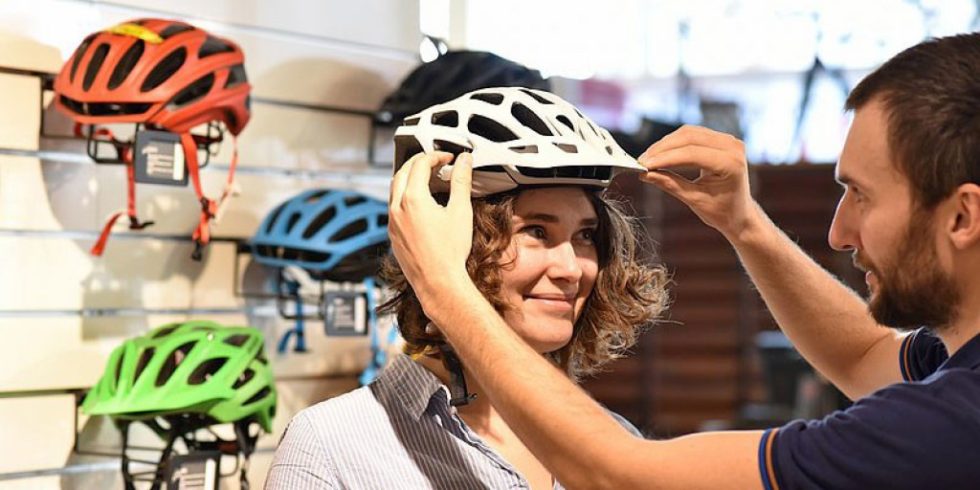 More and more young people are wearing bicycle helmets. According to a current survey by the Federal Highway Research Institute, the rate of helmet wearing among 22-30 year olds has more than doubled compared to the previous year.

Cycling is healthy and low in emissions - but it can be dangerous on the road. Mainly because young people and adults rarely wear bicycle helmets on average. This is why the Federal Ministry of Transport and Digital Infrastructure (BMVI) and the DVR launched the “Runter vom Gas” campaign from the bicycle helmet campaign “Looks like shit. But saves my life ”started - for higher helmet wear rates.

Twice as many cyclists with helmets

The latest results from the annual traffic observations carried out by the BASt now show after one year that the rate has more than doubled, especially among 22 to 30 year olds. It increased from 8 to 18 percent. This means that this target group has seen significant increases in the rate of helmet wearing. In 2018, only one in 13 young people between 17 and 21 years of age put on a bicycle helmet (8 percent), compared to almost one in seven in 2019 (14 percent).

How many road users are cyclists?

The BASt's traffic observations are carried out in two survey periods in June and September, each in the same 6 survey regions. The safety rates of car occupants and the wearing of protective helmets and protective clothing on two-wheelers will be recorded. The survey procedure is standardized and enables the development of protective behavior to be continuously updated.

The current results are based on observations of 18,292 cars with 24,117 adult car occupants, supplemented by an additional sample of 1,771 adult rear occupants and 4,443 children requiring a child seat (up to the age of 12). The observations of two-wheeled traffic in 2019 include 13,111 cyclists and 3,857 motorized two-wheelers in urban areas. The surveys on road haulage cover 4,488 vehicles.

Cyclists are the weakest participants in road traffic and only poorly protected. It is therefore the duty of all road users to make increasing bicycle traffic safer. There are now very high quality helmets or airbags to protect against head injuries, with which cyclists can safely travel on the road. "If our campaign" Looks like shit, but saves my live ", carried out jointly with the BMVI, contributed to a better image of the bicycle helmet among young people, that would be very positive," said Prof. Dr. Walter Eichendorf, President of the German Road Safety Council, on the results of the latest BASt study. In addition to modern helmets, cyclists can also do something for their own protection with clearly visible clothing.