Who are the best writers from Oman

"The world has one thing in common," says Jokha al-Harthi, and that is the authors' joy "in writing or in art". With this joy, the Omani writer won the jury of the renowned Man Booker International Prize this year. Her work "Celestial Bodies" is "one that wins the mind and heart alike and is worth lingering over," said the jury's statement.

Al-Harthi's novel gives an insight into a culture that is rather unknown to many people in the West. It tells of three sisters in a village in Oman, of their life, their love and their past - the post-colonial history of the country.

There is Mayya, who marries Abdallah after a heartbreak; Asma, who marries out of a sense of duty; and Khawla waiting for her lover who has emigrated to Canada. The three women experience the change in their country from a traditional slave-holding society to a modern and complex structure. 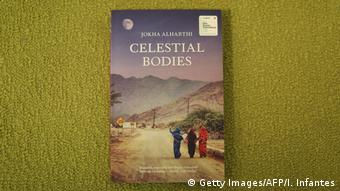 "I wanted to portray life in such a way that young Omanis could relate to it, and also paint a picture of Oman in the 21st century, especially for those who do not know this part of the world very well," said al-Harthi in one Interview with the organizers. "Omanis invite other people through their writing to look at Oman with an open mind and heart. No matter where you are - love, loss, friendship, pain and hope are the same feelings everywhere."

Jokha al-Harthi studied Classical Arabic Literature in Scotland and obtained a doctorate there in 2010. Today she teaches at a university in Oman. She has been publishing novels and short stories since 2001, some of which, according to her own account, were published in translations in European literary magazines.

She is now the first Arab author to be awarded the prestigious Man Booker International literary prize. According to the jury's verdict, she succeeded in creating a "visually powerful, captivating and poetic interior view of a transitional society". "Elegantly composed" shows the story through the "prism" of a family story of the "growing up" of Oman.

"I am thrilled that a window has been opened to rich Arab culture," said al-Harthi after the award ceremony at the Roundhouse in London. "Oman inspired me, but I think international readers can relate to the human values ​​in the book - freedom and love." 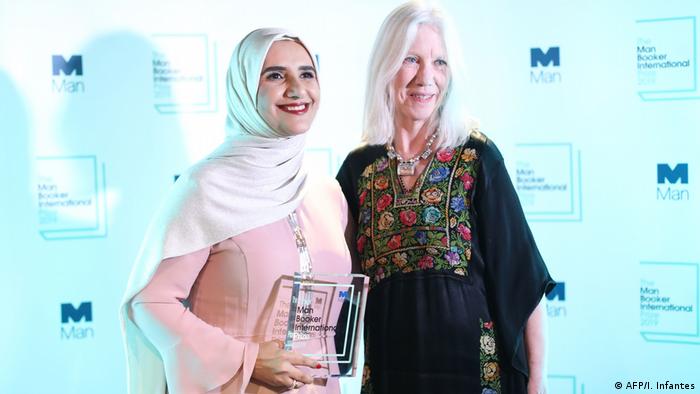 Challenge for the translator

Jokha al-Harthi shares the prize money of around 57,000 euros with her translator Marilyn Booth, who teaches Arabic literature at Oxford University. Booth translated al-Harthi's book from Arabic into English - a task that was not easy, but, as she herself says, gave her great pleasure. "What I like best is the use of language or languages: the different idioms or sociolects of characters placed differently, the lively use of local expressions and customs, especially the conversations among women. I really like that Jokha is not for readers writes who do not know Oman: They do not try to explain things. "

For her as a translator it was a challenge - but one that is worthwhile. "What you really learn here is that there are amazing fictionalists across the region, not just in the more well-known centers of literary creation like Egypt, Palestine, Lebanon, Morocco and many other places, but in a country that is less literary is like Oman. And maybe the one learning best is how similar they are in their grace, human interactions and emotions, and how societies that may look so different are really so alike. "