"Good afternoon. Who do you want to go to?" The policeman asks skeptically before nodding his head to move on. Barbed wire, police checks and a memorial plaque at the entrance remind 10 months after March 18, 2015 of the attack on the Bardo Museum in Tunis, which killed more than 20 people. The traces of the interior of the modern, light-flooded building have long been removed. A meter-high mosaic dominates the entrance hall. 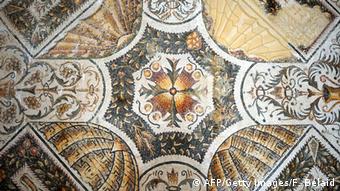 The Bardo Museum is famous for its mosaic collection

"We cannot and do not want to forget what happened. That left deep wounds, but we have to look ahead," says Moncef Ben Moussa, curator of the museum and custodian of the largest mosaic collection in the world. Actually it was to be expected that an attack would hit the museum at some point after the destruction of cultural objects in Afghanistan, Iraq and Syria. "Maybe we didn't hear the alarm bells early enough," he admits. The fact that this museum was attacked was no coincidence - and should not only be understood as an attack on economically important tourism.

The Bardo Museum brings together the traces of all those civilizations and epochs that have shaped the history of the country on the northeastern tip of the African continent over the past 3000 years: traces of the Punic wars, the development of Tunisia into the so-called granary of Rome, and the founding of the most important Islamic ones Sites in Africa by Arab conquerors up to the oldest still existing synagogue on the continent by Jewish immigrants. "When a Tunisian enters the museum, he is proud to be part of this rich culture. And when a foreigner enters, he sees that there is a little bit of Tunisia in him too. It is this universal humanity, that of the terrorists were attacked. " 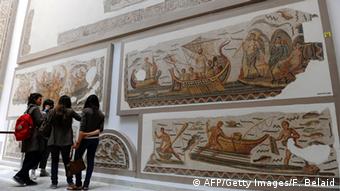 Since the attacks on the museum, fewer tourists have come, but more locals

After the attack, the number of foreign visitors collapsed. But all the more Tunisians came, many for the first time, so Ben Moussa. After the attack, it is often the students who bring their parents back to the museum after a class trip, reports the curator with a proud smile.

"Most people my age are not aware of the importance of culture," says the curator, because under the dictatorship it was marginalized or used for propaganda purposes. "Culture is a means of enlightenment, but a dictator wants to keep the citizen small and ignorant." The same means that terrorists are trying to use today to achieve their goals.

Art instead of political slogans

While Ben Moussa tries to sensitize as many young Tunisians as possible to the country's cultural heritage, others use the opportunity to bring art from museums and galleries to the streets. Street art has been booming in Tunisia since the political upheaval in 2011. "In the past you could only make art for the government. Today you make it for the sake of art and the public," says Mohamed Kilani Tbib. The 25-year-old graphic designer makes calligraffiti under his stage name "The Inkman". Usually it is individual words or lines of poetry that Tbib sprays, "preferably in very busy places, so that all people have direct, free access to them." 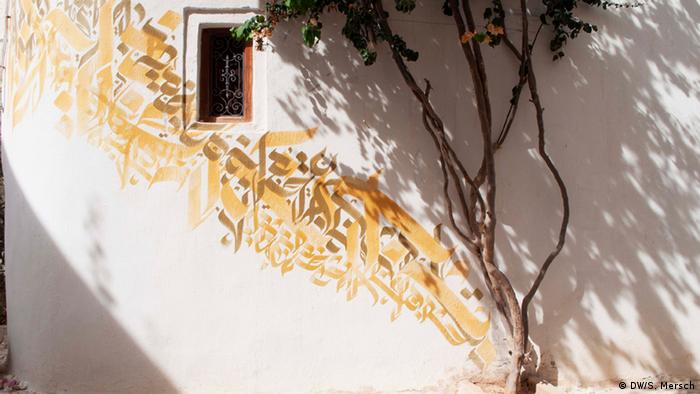 Sometimes he works in an abandoned factory, sometimes on an airplane wreck in a slightly dilapidated park in a suburb of the capital Tunis, sometimes on walls in the middle of the city. His works and those of many like-minded people are now part of the streetscape in Tunisia and have often replaced hastily sprayed political slogans. Mosques are becoming objects of art just like the house of a former ruling family.

In the case of the "Djerbahood" project, it is a whole village. Mehdi Ben Cheikh, Franco-Tunisian gallery owner, has transformed Erriadh on the southern Tunisian island of Djerba into an open-air gallery. Artists from 30 countries have left their mark there. "At first the residents were suspicious. After a few days they came to offer us the walls of their houses." Ben Cheikh deliberately chose the place Erriadh, because there is also the La Ghriba Synagogue, the oldest on the continent. The village is home to the largest Jewish community in the country. "We wanted to show the specialty of the island, to show that the peaceful coexistence of Jews and Muslims is not a utopia, but normality for centuries." The more than 200 works of art have also left their marks in the village economically. Several galleries, shops and restaurants have opened since the project started attracting tourists. 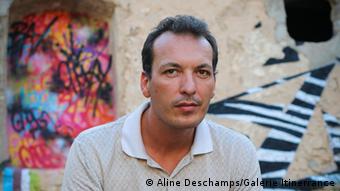 In downtown Tunis, between the train station, car repair shops and a wholesale market for smuggled goods, Ben Cheikh recently opened a second gallery called "32 bis". A meter-high graffiti adorns the former factory hall between decrepit Art Nouveau houses from the colonial era. His goal: to dynamize the inner city. "The district does not deserve its bad condition! The citizens must finally reappropriate and appreciate their city." If this district were in London or Paris, it would have long been one of the hippest in the city, the gallery owner is certain. "We finally have to stop throwing our cultural heritage in the trash."

But despite the new freedom, the mostly young artists who want to conquer the public space with their work repeatedly have problems with the authorities. "I spent eight hours at the police station in May," says The Inkman, "because someone said I was spraying propaganda for the Islamic State on a wall." In reality it was the word musk, English for musk, a traditionally popular fragrance in Tunisia. The artist is now used to the fact that passers-by cannot decipher his play with letters. "Most think I do Arabic calligraphy. It is Latin letters that are only inspired by Arabic script." The young man deliberately stays away from explicitly political messages and discussions, he is much more concerned with conveying love and respect through his art. 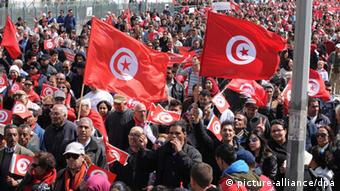 Protest march against terror and extremism

"The act of doing this art on the street is political, not the art itself," says Mehdi Ben Cheikh. He hopes that this form of political action will also be possible in the future. Because despite the new Tunisian constitution, which grants the citizens extensive rights and freedoms, not a few in Tunisia fear that repressive forces will regain land in the face of the terrorist threat and again restrict the freedom that has just been hard-won. Artists and the media are now asked to prevent that, according to the gallery owner. "We can still criticize publicly. It is up to us, the whole people, to make this possible in the future too, it is up to the journalists never to be silent again."

Sarah Mersch is a freelance correspondent in Tunis (Tunisia) and trainer for the Deutsche Welle Academy. Your text was created in cooperation with the magazine Politik & Kultur for the project "Art of Freedom. Freedom of Art".