What does the number 70 mean?

70 - a special number in Judaism

Israel's Minister of Culture Miri Regev has announced 70 hours "full of energy, positivity and joy that unite us all". The celebrations start Wednesday this week and last until Shabbat. Among other things, there is a "70-kilometer party" that is supposed to move gradually from Tiberias on the shores of the Sea of ​​Galilee in the north to Eilat on the Red Sea in the south. Israel is also a party country.

But why this emphasis on the number 70? A look at Jewish writings or a conversation with a rabbi helps to understand. "The number 70 in Judaism has a very special, important meaning," says Orthodox Rabbi Yehuda Teichtal of Deutsche Welle. The number stands for perfection. According to rabbinical teaching there are seven different qualities in humans, from benevolence to strength, "and each of these seven qualities is made up of ten individual aspects". Seven times ten is 70. 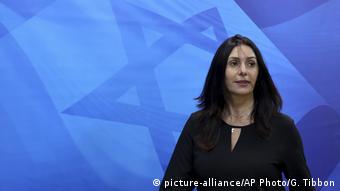 Minister of Culture Regev: a 70-hour festival "full of energy, positivity and joy"

Kosher food for the anniversary

Teichtal, born in 1972 in Brooklyn, New York, came to Berlin with his family in 1996. When he talks about the decision at that time to send him to the land of the Shoah, one quickly senses what that meant for him. "My great-grandfather was murdered in Auschwitz, a total of 63 members of the Teichtal family died. But my grandfather survived. When it came time to go to Germany, he said: That's the right approach. Especially where it is was dark, we should build up positively. " Today Teichtal heads the education center for the Hasidic Lubavitchers in the Wilmersdorf district. In June, the foundation stone of a long-planned "Jewish Campus" is due to be laid.

Teichtal itself also has something to do with the 70th anniversary. During our conversation, his mobile phone rings: It's about the festive reception in Berlin on Thursday. One of his rabbi colleagues is standing in the kitchen of the major Berlin hotel where the celebration is planned. Teichtal is supposed to help ensure that all food there is kosher - that is, prepared according to Jewish dietary laws. It's tricky.

From the exodus to Egypt

Then he comes back to the number 70: "Numbers have a special meaning," says the rabbi. "Round numbers are a very strong symbol. They indicate a special culture of remembrance."

The number appears again and again in texts of the Torah or the Talmud. One of the more well-known scriptures in Genesis of the Torah (which corresponds to the book "Genesis" of the Christian Bible) is the account of the Exodus into Egypt. "When the Jews moved to Egypt, they were 70. And when Moses was later to elect representatives from the people who were to represent the people, there were also 70 people," says Teichtal. "God later said to Moses: Choose 70 people to represent the people. The question arises: Why 70 - why not 60 or 80? Because of perfection." 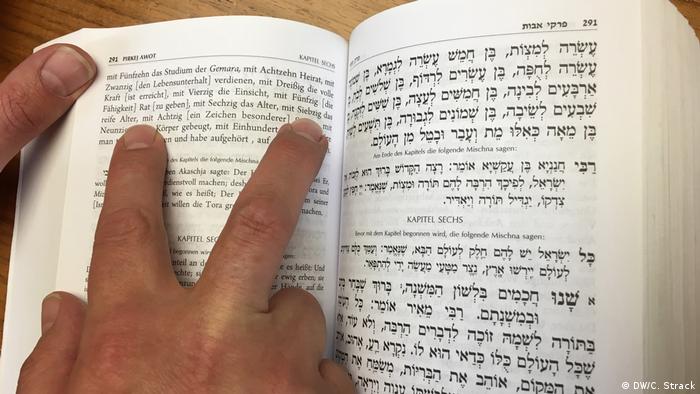 There are numerous interpretations and interpretations of the number 70 in rabbinical and Talmudic literature. So there are 70 names of God or 70 names of the city of Jerusalem. In the twelfth century, the scholar Ibn Esra stated that the Torah had "70 faces". Anne Birkenhauer, a respected translator of Hebrew literature into German, wrote in the "Jüdischen Allgemeine": "The rabbinical principle 'The Torah has 70 faces' emphasizes the possibility of very different interpretations of one and the same text passage. Scholars have collected these comments over the centuries , discussed and made binding for their respective generation. Their comments entwine like tree rings around the respective passages in the text. "

Teichtal reminds us that 70 years of life are mentioned in the Psalms as a mature age. "That is a good age. When someone has reached 70 years of age, they have achieved a perfect life. Of course we always want them to be 120. But 70 is already perfect. That's why 70 is a particularly cheerful, happy, positive, beautiful number . " And such an anniversary is "an important number, a stepping stone, a belief in the beginning of something new, for something special. And that is why it is a reason to simply be thankful in God."

Some synagogues, says the rabbi, changed certain passages in their prayers especially for the anniversary of the founding of the state. The Lubavitch community, to which Teichtal belongs, deliberately does not do this because the prayer texts themselves are more than 2000 years old.

Born in the USA, based in Germany, and every now and then in Jerusalem, in Israel. When Teichtal speaks of the country, he becomes serious and fundamental. "Unfortunately Israel is not accepted and respected by many neighbors until today, 70 years later. Many peoples want to erase Israel from the map, the only democracy in the Middle East." Israel is "a beacon for respect for all people". He wanted to encourage everyone to visit the country.