How is iridium created in space?

The following article is taken from the Lexicon of Chemistry.

Iridium became known as the element of the end of the world. In 1980 Luis Walter Alvarez and his son Walter Alvarez reported enormously high concentrations of the element iridium in rock layers from 65 million years ago - the exact geological moment when many plant species, shell-bearing marine animals and the majority of dinosaurs for always disappeared. Today, this iridium anomaly is considered evidence of a gigantic asteroid impact that - possibly in combination with a flood basalt - wiped out around three quarters of all animal and plant species.

This proof works because iridium is far rarer in the earth's crust, with a concentration of less than half a microgram per kilogram, than in the rest of the universe. It belongs to the siderophilic elements and disappeared together with gold and platinum in the formation of the earth in the iron core. In the universe, iridium is about as common as tin; it arises in merging neutron stars. Iridium flares in the sky have nothing to do with the element, but are light reflections on the surface of special communication satellites. 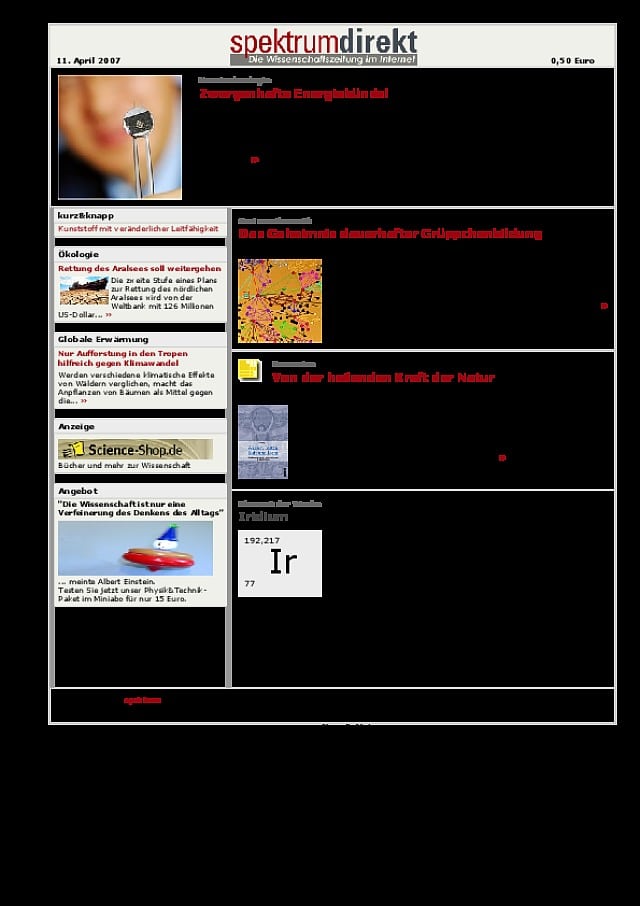 Iridium does not form its own deposits, but occurs in traces together with the other platinum group metals, which in turn are by-products of nickel and copper extraction. The production of iridium therefore depends on the demand for other elements, so the metal is considered to be an element with a potentially uncertain supply situation. Iridium is the most corrosion-resistant metal of all: It resists acids, alkalis, oxidizing agents and molten metals. Only some molten cyanides, as well as fluorine and chlorine at high temperatures, attack it. This is one of the reasons why the original meter and the original kilogram are made of a platinum-iridium alloy. It didn't help: the original kilogram is losing mass and is currently being replaced.

Because the element is so rare, only a few tons of iridium are produced worldwide; The most important application is iridium crucibles, in which suppliers produce extremely pure single crystals, for example from garnet for lasers, which are used in many electronic applications. The demand for such crucibles is cyclical, so the need for iridium increases and decreases dramatically every few years. Radioisotope batteries, which generate electricity from the decay heat of plutonium on space probes such as New Horizons, are encased in iridium.

The chlor-alkali process, which produces sodium hydroxide and chlorine, nowadays uses electrodes with a high proportion of iridium; the tips of spark plugs can contain iridium, as can the tips of extruders, in which plastic is pushed through small nozzles to produce fibers. The metal also has a number of uses in catalysis: An iridium compound catalyzes the Cativa process for the industrial production of acetic acid.