How profitable is the radio business today

Radio remains profitable: But new investments are due 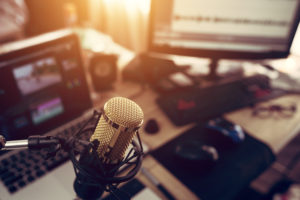 The situation of private radio in Germany remains positive thanks to the stable radio advertising market. This is a key result of the study "Economic Situation of Broadcasting in Germany 2018/2019". The WiLa was developed on behalf of eight media companies under the leadership of the Bavarian State Center for New Media (BLM). BLMplus has compiled the most important results for the radio market and gives an outlook on how things will continue.

In 2018, private radio in Germany achieved total revenues of 720 million euros, which corresponds to an increase of almost three percent compared to 2016. Revenues from advertising and sponsorship amount to 612 million euros (+ 2.3%). That is around 85 percent of all income.

The importance of programmatic advertising is increasing

Programmatic advertising is also becoming popular in the online audio sector and is gaining in importance: three quarters of radio providers in Germany use the technology to automatically market audio advertising space based on user data.

Corresponding ad technology is used primarily in nationwide and state-wide radio. Only eight percent of local radio stations stated that they were already selling programmatic advertising in this early market phase.

Investments in the digital business are pending

In the German private radio business, costs rose faster than income in 2018. The broadcasters spent 634 million euros on their programs and broadcasting operations. This corresponds to an increase of four percent compared to 2016.

The largest cost factor is personnel costs at 212 million euros - they are up by almost seven percent compared to 2016. Total employment in private radio increased slightly from 6,935 to 7,018 employees.

Looking for employees with digital know-how

Radio operations are becoming more complex: the increasing number of employees is an indication of the growing willingness of broadcasters to react to changed consumer behavior and to bring employees with digital know-how into their companies.

In addition, there are considerable investments and costs that are necessary for a suitable technical infrastructure, especially in the areas of smart data and ad technology.

You can find the article on the economic situation of the television market here.