How are RTS games AI designed

ANNOTATION: The text was initially taken from stonehearth.net/stonehearth/. Please note, however, that the current version is edited and updated by members! NOT BY THE DEVELOPERS THEMSELVES. 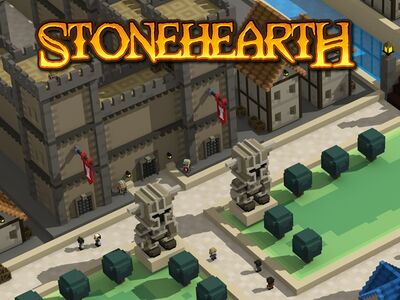 Stonehearth is a game about building and conquering in an epic fantasy environment. The game consists of equal parts of sandbox, RTS and RPG.

It is produced and marketed by Radiant Entertainment.

In Stonehearth you lead a group of settlers who must shape their own space by gathering resources and building defenses while facing the constant threat of invaders. As your settlement grows, you may find yourself training a standing army and venturing further into the world where greater challenges await.

Stonehearth’s simulation and urban construction aspects are inspired by Dwarf Fortress and Minecraft. We were also inspired by childhood games like: The Warcraft RTS Games, Final Fantasy Tactics, and Pen and Paper RPGs.

Do it all together and you end up with something like this:

Our way into this genre Edit source]

So why are we doing this game?

With Stonehearth we want to capture the magical feeling we as children play Dungeons & Dragons adventures, through store-bought game modules and self-made modules on graph paper. We want to empower players to be creative, not only while playing, but also in determining the type and content of the game itself. Our goal is:

A Living World that Responds to Your Play-style Edit source]

We know that there are lots of different play styles for this kind of game. Some players want to focus on building an incredibly awesome city with happy, well-fed citizens. Others focus on building a strong army and exploring / conquering the realm. Many just want to tinker with the simulations in the game world. We want you to play the game the way you want to, so as you play the world will respond to your choices.

Each initial game world is randomly generated, but an AI “dungeon master” observes your behavior and tweaks the content based on your actions. This is always done in a way that is natural and makes sense from a story perspective. For instance, a player who is more aggressive when dealing with local, small-time goblin raiders may find his actions have triggered a long-term war against the goblin nation. Violence begets violence.

So two players with different play styles, beginning with the exact same starting world, will have very different experiences as the game progresses. We like this for a couple of reasons.

We're engineers at heart, so we geek out at complex systems. We design our major gameplay systems like farming, building, and combat according to the “easy to learn, difficult to master” principle.

Take farming as an example. The yield of a particular farm is determined by factors including the quality of the soil, the amount of water nearby, the crop planted, and exposure to varmints looking to devour the crops. If you are really into this kind of stuff, congratulations! There is ample opportunity to greatly optimize the output of your farms through irrigation, fertilization, and varmint countermeasures like traps and fences.

But if you're not into this stuff, you can just drag out a farm and accept the base, minimal yield that all farms produce, regardless of how they are managed. Of course this will constrain your food supply and you will have to make up the difference somehow, either by producing food through another means (trapping, trading, or plundering), or just settling for a smaller number of citizens in your town.

Stonehearth is written in C ++ and Lua. C ++ is used to make the game run better. Lua is used for scripts to edit game properties.

We think mods are awesome, especially for sandbox-type games. So we're building everything: UI, unit AI, scripted scenarios (everything!) With modding in mind. Here are just some of the things you should be able to do in a mod:

Of course, most of the fun in mods is sharing them. Our goal is to have a vibrant community of modders who are continually expanding the things to do and experience in the game.

As a modder, you have access to the same APIs that we use to write the game. We're literally rewriting the game as a collection of first-party mods. So, with very few exceptions, if the game does you can mod it!