Cricket: Five days of fun and games are no picnic

Perhaps it is difficult for Germans to get excited about cricket because it takes patience. Patience and plenty of time. The Germans, however, are one of the most urgent peoples in the world, as Robert Levine, professor of psychology at California State University in Fresno once stated. It is different with the English. They had tons of colonies, and they have always had to be patient there. The western concept of time cannot be applied arbitrarily in every country in the world. At that time, imperialism is going in the opposite direction. Perhaps the English were wondering how they could spice up the waiting time they were wasting away in the colonies. With a five-day game of cricket, for example. The weather in the overseas territories is stable, there is sun all year round.

It is therefore not surprising that the ten countries that are allowed to host the official version of cricket (called test cricket) have all been taken over by the English at one point or another: Australia and New Zealand; India, Pakistan, Bangladesh and Sri Lanka as well as South Africa and Zimbabwe (the former Rhodesia). The tenth eligible country is actually a group of countries, namely West India. It includes islands in the Caribbean, such as Jamaica or Barbados, where this year's World Cricket Championship is taking place.

The Cricket Ground in Sydney

If the "common German" wants to try to understand cricket, then he should look at the game from a child's point of view. With the help of counting rhymes, it's not that boring anymore. The goal of one team is namely to throw ten people from the other team out of the game.

So: you take any piece of green and mark an oval. This is the playing field. In the middle of it, prepare a strip 20 meters long and three meters wide, the pitch. Now you have to remember your qualities from early childhood, when you played with building blocks. At the two ends of the pitch you set up three bars, on the end of which you place two small crossbars. The whole thing is called wicket and shouldn't break if possible, thinks the batting team. The field team is of the opposite opinion and has set itself the goal of collapsing the wicket.

Each team has eleven players, but only 13 of the 22 are on the field. The field team plays in full strength, in contrast to their opponents, who are only represented by two men on the field. One player from the batting team stands in front of the wicket - ready to defend it for better or for worse. The field team's thrower stands at one end of the pitch and tries to break the wicket from a distance. He uses a small ball as a weapon. The batsman has to fend it off, of course with a bat, not with his hand, otherwise he is eliminated. A eliminated batsman is replaced by a new one until there is only one left. Then the innings, as the game is called, is over. A game can consist of one or two innings. 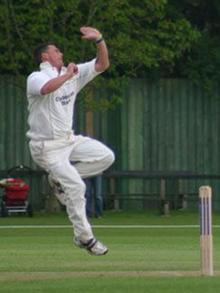 The art of throwing the upper arm

The newly substituted batsman hits the ball with a bat. He has to hit the ball as far away as possible. The nine outfield players, who are spread out across the field, jump after the ball. If one of them catches the ball before it hits the ground, then - oops - another batsman is gone.

Meanwhile, the two batsmen on the pitch run to the opposite end of the pitch. If they make it behind the hitting line, they have made a "run" and the team receives one point. They can run back and forth as often as they want, but most of the time they don't do it more than three times. It's exhausting enough. Without any effort, the batting team can collect six points if the ball is hit across the court without touching the ground. If he hops up or rolls off the field beforehand, there are only four points left. Most games are kind of about points. The team with the most points is also the winner in the end.

Running back and forth and jumping behind the line isn't as easy as it sounds. Because behind every wicket there is a field team player who is just waiting for someone to throw him the ball so that he can destroy the small wooden structure. If at least one of the cross bars rolls down before the batsman makes it behind the striking line, he unfortunately has to leave the field of play. So now the batting team only has seven players.

Each thrower has six throws, a so-called one Overto give free rein to his destructive skills. Always from the same end of the pitch to the same batsman. After a Over the thrower changes, who then also throws to the other batsman on the other side of the pitch. Nobody should be overused. A batsman has exactly three minutes to prepare for a new throw, otherwise he will be removed from the field because he has timed out and - tarara! - there were only six left.

There is an official tea break in cricket. So at this point, take a little time to breathe. Because you still don't know how exactly, who is throwing how often. Whereby "throw" is actually the wrong word. In cricket, the ball is "bowled". The rules state that once the throwing arm has reached shoulder height, it must no longer be stretched. Which means that it is usually already stretched at this height. If you don't master this acrobatics, you shouldn't start with cricket, because all other throws are invalid. In addition, the ball must not hit the player on the batting team above waist level unless it has previously touched the ground. Conveniently, this rule makes it difficult for the batsman to hit the ball. Who can control a shot exactly when the ball hits the ground millimeters in front of your feet and bounces towards you?

If a batsman destroys his own wicket, for example because he is incredibly angry because he has already missed again or loses patience after four days of play, he is out and - voilà - there were only five. However, that is unlikely because cricket is a very civilized game. Also on handicap of the field team is kicking out - hey, there were only four left. A player has the same fate if he touches the ball twice. A bad blow is a bad blow, and it cannot be repaired in a messy way. So only three batsmen left. Unless the last one could prove that he actually only wanted to defend his wicket with the second stroke. Then he can stay inside. But suppose his reasoning was flawed: then only two players need to be eliminated. The end is near, but it's getting complicated! 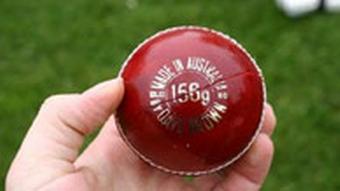 It's hot, terribly hot, the sweat no longer drips from the forehead, it flows. Four days of play are behind the boys. The brain suffers from the sun, as does the sense of balance. You could imagine it that way. The ball flies, the batsman tries to hit, sways, steps in front of the hit line, but does not hit! The field team player standing behind the wicket catches the ball and thus destroys the wicket before the batsman is behind the line again. Oh dear - there were only two left.

The next litter. The temperatures just don't drop, the concentration drops. The batsman misses the ball again, but his leg is in the way and saves the ball. Schwupps - this batsman was also eliminated. If the batsman missed the ball, but the ball would have hit the wicket, if it had not been stopped by the player's body, then the player is eliminated. LBW, Leg before wicket, is the name of this variant because it is usually the batsman's leg that blocks the way. Now there's only one left and - yeah - there it is: the end of the inning. Because here we are in cricket and not in football, there you would probably have been discussing with the referee for ages whether that was the intention with the leg or not, or this or that. But cricket has no mob factor. Otherwise there would certainly not be a tea break, but a beer break.

A few years have passed since the game was first created, the colonies have been liberated and who today has to pass weeks of waiting times? Test cricket is played approximately three times for two hours a day for five consecutive days. Test cricket is usually held in series of two to six games, in short: it takes weeks before the procedure is over. In the meantime, the game has been adapted to media habits and shortened to one day. It ends after a set number of Overs, usually 50.