Is the call quality of the Apple AirPod good

Are the AirPods good for making calls? A little test brings clarity 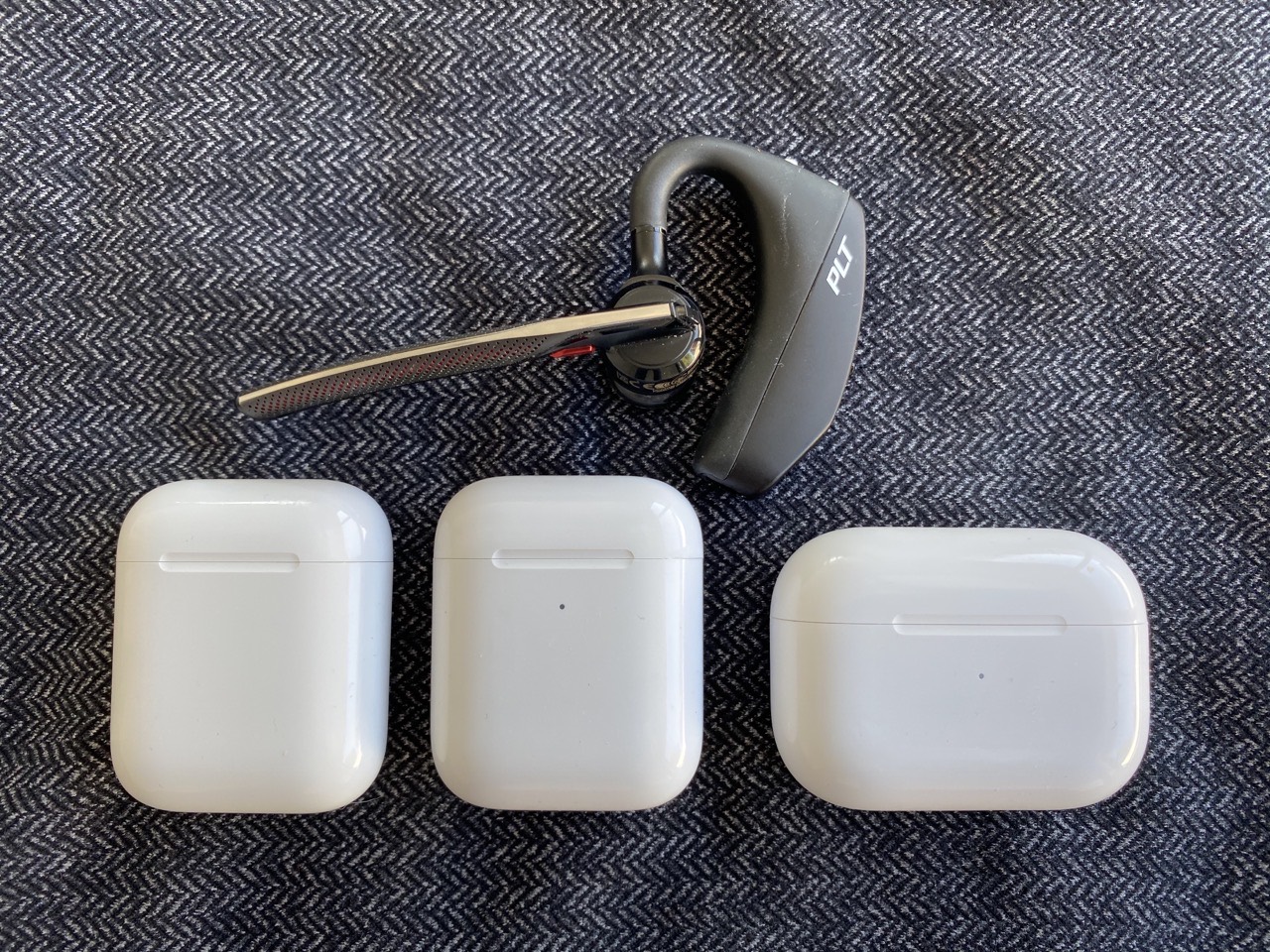 The most frequently asked question about the AirPods Pro is whether you can use it to make smart phone calls. I tested that with all three generations. For reference, the Plantronics 5200 UC, which I wear for long phone calls. First listen to it. At the beginning I speak directly into the iPhone, then I switch some ambient noise to two Sonos PLAY: 5s.

One thing didn't leave me in peace: What does it look like without noise, but with wind? So I went out into nature and took four pictures: on the bike and at a standstill, each with AirPods Pro and Plantronics 5200 UC. Hear for yourself:

Outside with a light breeze:

I personally found the pros even worse than the normal 2 series.

The "stubs" of the Pro are also shorter than the old ones, probably because of that.

But I don't care: I have a lot of calls where I have to listen carefully, and some where I speak a lot myself. For the first, the pros are a real improvement, for the second I like to look for a quiet environment anyway, just because of my own concentration. And the pros are always good for short calls.

I don't say what to buy, but give everyone the samples so that they can decide for themselves. I almost always talk on the phone on my feet and preferably outside. Only the PLT fits there.

Super interesting, thank you, Volker. What surprises me the most is that the normal microphone on the iPhone is so good. Did you just hold the phone to your ear and use it to make a phone call / speak in? Never thought the AirPods were so much worse.

Thanks for that, Volker. I've been pondering for the past two days whether I should get weak with the AirPods Pro - also have the PLT 5200 UC and I agree with your conclusion. The PLT remains unbeatable for calls and for listening to music on the plane I still have my Beats Solo, which shields quite well even without ANC.

The “normal” wired headset would also have been of interest to me as a reference, precisely because it is included.

But even without the nice comparison. I'm impressed how well the Plantronics compares. Cheers.

Sascha, if you have an iPhone, you can easily try it yourself.

Thank you very much for the comparison - from my point of view, the PROs are not worth it for making calls.

Wow - very impressive. Thank you for these samples. Very clear and distinct differences.

I am very impressed by Plantronics' "the other league". Consistently the much better result. I have been using the 5200 UC for a long time and have had no problems at all and even much better intelligibility in the car or train.

Thank you very much, that was clearer than I expected. I was already impressed by the earlier acoustics comparison, now even more. This helps when considering (temptation?) To find a reason for the AirPods. In my case: I stick with the Plantronics headset for serious phone calls ...

With "normal" cycling, i.e. from 15km / h or so, I find the supplied iPhone headphones for phone calls unbeatable, as they are pretty unimpressed by the wind. I guess it's because of the tiny microphone opening in the remote control - it just doesn't offer any target and is closer to the mouth than most wireless headsets. YMMV, I'm not an expert at.

My Plantronics Voyager Legend UC totally fail (and many others anyway and much more likely).

Are the 5200s that much better than the Legend, or was it just the slow pace mentioned that made it work so well for you?

The wind protection only came with the 5200. Legend doesn't have it.

Then I'll have a look at them. Thanks!

Wow, I didn't think the Plantronics would be so good. Thanks for the test.

I actually have very few scenarios where I use a headset. What is important to me in all of them: I want to have sound in both ears. I find it extremely unnatural and it bothers me while listening when the phone call or podcast is only in one ear.
1. In the office with Skype, mobile phone and landline calls - I have a Jabra 9470 that connects to the PC via USB (incl. Presence Sync with Skype), via cable to the landline (this is included in the extinction, but is still not quite dead), and via bluetooth. I'm happy with that - it would be nice if it recognized that the cell phone was back in range and would connect immediately. But that's a push of a button and it's fast enough that I can still answer an incoming call.
2. On the go for longer Skype and mobile phone calls. Skype likes to use the PC or iPad, rarely also on the iPhone. As a rule, I sit in a relatively quiet environment, rather not outside. Mostly in the office, just not mine, or in the hotel room - rarely on the train (the connection is usually too bad anyway, the headset is not the bottleneck). I am currently using the AirPods, first generation. Unfortunately, the batteries are so low that after an hour of phone calls I have to juggle (so always quickly recharge a bit and continue calling on mono).
3. On the go for short cell phone calls, usually less than two or three minutes. These are unplanned phone calls that are usually only about brief exchanges of information. I use the AirPods for this and the battery problem is not relevant.
4. Listening to music while jogging - the AirPods are amazingly well suited for this too. Unfortunately, the battery is slowly becoming a problem, the running time is slowly approaching my jogging lap and "charging juggling" is not an option.
5. Listen to music when I'm out and about, on the train, on the plane, or simply on foot (in the city, to the office). The battery life is of course also relevant, especially on trains and flights.

What would be a sensible replacement for the dying AirPods? AirPods Pro are obvious and since I got there quite well with the others, maybe not so bad at all.

Thanks for testing. The AirPods are underground! You don't want to do that to anyone except unwelcome people, so that the conversation is short.

Ragnar, there are no headsets that can do everything. Choose your poison.

I did not expect that there is one thing that covers everything perfectly. But with the prices, I don't want to buy a new one for every case described and lug around with me ...

Hello Volker, the 5200 really seems to be a great choice and I would have bought it long ago if I hadn't feared that it would not be particularly comfortable for people who wear glasses - in my case, plastic glasses with wide temples. Do you know a headset with a similarly good quality that is less noticeable on the ear? Thanks!

Can handle noise but not wind. UC is important for PC use.