Academic pressure to perform is an advantage

“Good” schools do not only have advantages

According to a new study, attending a “good” school does not necessarily have to have a positive effect on later career paths. Pupils in socio-economically “better” schools benefit from this environment, but at the same time they can suffer disadvantages due to high pressure to perform.

Parents often tend to place their children in the "good" schools possible. However, according to the study by German and US researchers, attending a “good” school does not automatically have to be good for everyone who goes to it.

Income and prestige are “inherited”

For their work, published in the journal “Psychological Science”, the researchers used data from a US long-term study on performance expectations, educational success, income and professional prestige. Around 380,000 high school students took part in this in 1960. Eleven years later, around 85,000 of them could be interviewed again, 50 years later another 2,000. For example, the performance of the students in mathematics and English was used, and the answers to questions about educational goals and professional success were evaluated.

The researchers then made a reference to the parents' educational qualifications and to the average performance level of the school. Result: As expected, students at schools where parents had a higher education on average also had higher expectations of their own academic career, earned more after eleven or 50 years and had more prestigious jobs than children who attended schools whose parents only had intermediate or lower educational qualifications 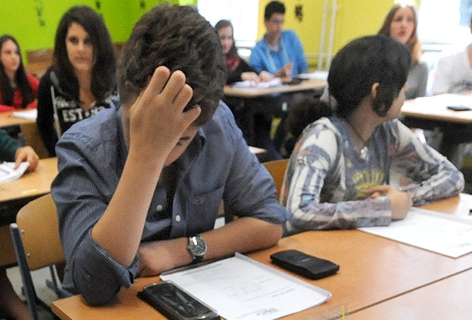 In terms of performance level, the opposite was true: with a high performance average, the students, after taking their own social background and school performance into account, expected less from their academic career, worked in less prestigious occupations and earned less after eleven and after 50 years than those who did Children had attended lower proficiency schools.

The reason is likely to be disadvantageous comparisons with better classmates, which lead to the fact that the students develop less confidence in their own abilities. "The constant comparison with classmates, but also disadvantageous assessments by teachers lead to lower expectations of one's own abilities and skills, which in turn has a negative effect on professional and career paths", analyzed study author Richard Göllner from the Hector Institute for Empirical Studies Educational research at the University of Tübingen in a broadcast. Teachers are therefore faced with the daily task of mitigating this negative effect on high-performing students.

Which school parents should send their children to is therefore a difficult question, write the researchers. Their results would suggest that the optimal combination would be a school that on the one hand attend children from homes with a high level of education, but on the other hand only has a moderate level of performance. "Finding one is a challenge, however, as there is a relatively strong correlation between socio-economic background and performance at the high school level."

More on the subject: