There is a video game for everyone

There are different ratings for the age rating for digital games at national and European level. Spielbar.de offers an overview.

The protection of minors in the media in the field of computer and console games follows the principle of “regulated self-regulation”. This means that the state creates the legal framework to achieve its regulatory goals, but these are then implemented by the providers of computer and console games themselves, i.e. they regulate themselves. The aim is to strengthen the responsibility of the industry. This principle, which corresponds to the handling in the field of cinema films, is anchored in the Youth Protection Act (JuSchG) and is used for all games that are stored on a carrier medium. The term essentially includes tangible, portable "offline" media, such as a DVD or CD ROME. Games published on a carrier medium are given an age rating by the entertainment software self-regulation (USK) in Germany (e.g. on a CD-ROM or DVD). 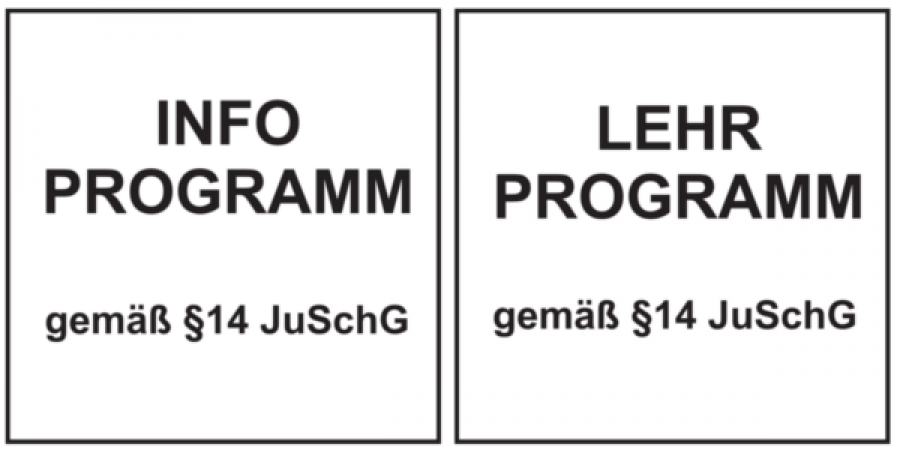 Some programs carry the seal “INFO” or “LEHR” program instead of a USK mark. These are products that are labeled by the providers themselves, as they are not part of the entertainment software. The programs have no age limit.

Games available in stores bear the age rating of the USK. They can be found on the packaging and on the data carrier and are legally binding in Germany. Serious online shops also indicate the age rating on their websites. If a game does not bear any identification, although it is distributed on a carrier medium, it is an indexed medium that is not allowed to be freely displayed in stores or a prohibited medium that is distributed illegally.

The work of the USK

The entertainment software self-regulation (USK) is responsible in Germany for the legal age rating of computer and console games. A release takes place either without age restriction, from 6 years, from 12 years, from 16 years, or the games are given the label “no youth release” (from 18 years). The age ratings reflect a minimum requirement from the point of view of the protection of minors. Beyond that, however, they say nothing about the quality of the content and its pedagogical suitability. For example, a title released from the age of 12 can be regarded as fundamentally harmless for this age group, but it is not a recommendation for this age group. Some titles are also denied an age rating. In such cases, indexing by the Federal Testing Office for Media Harmful to Young People (BPjM) is likely. If a game is not marked, it is automatically not approved for minors.

In the USK test procedure, game testers first deal with the submitted games before the titles are submitted to a test committee. Its experts give a recommendation for an age rating or refuse to label a product. Ultimately, an age rating is given by the permanent representative of the highest state youth authorities at the USK. The principles of the test procedure are laid down by the USK Advisory Board, in which various organizations are represented, mainly from the areas of youth protection, youth work and computer games.

The hallmarks of the USK

These five age ratings are issued by the USK.

Approved without age restriction according to § 14 JuSchG
- Family-friendly games, such as skill and board games, sports games, jump ’n’ runs
- Games that, from the point of view of the protection of minors, do not contain any impairments for children, e.g. simulations, management, classic adventure games and role-playing games (often these cannot be played by younger children yet)

Approved from 12 years according to § 14 JuSchG
- More combat-oriented, set in a historical, futuristic or fairytale-mystical context, so that they offer sufficient opportunities to distance themselves, e.g. arcade, strategy and role-playing games, some military simulations

No youth approval according to § 14 JuSchG
- Violent games, gloomy and threatening atmosphere, e.g. first person shooter term for action games in which the players appear as armed shooters. The presentation of the game takes place in the first person perspective through the eyes of the game character. Well-known first-person shooter series are, and. see also: headshot, action adventures, horror games and open world games

The PEGI mark can also often be found on the game packs. The Pan European Game Information (PEGI) is the first Europe-wide age rating system for computer and video games. The games are assessed by the manufacturers themselves using a questionnaire. These labels are common throughout Europe, but are not mandatory in Germany. Since games are often produced for the entire German-speaking area (including Austria and Switzerland), they appear on many game packs in addition to the USK mark. It is not uncommon for the information on the two license plates to differ. Games that go through the PEGI label are given an age rating, which may be supplemented by a description of the content.

Drugs
"Game relates to or shows drug use"

Gambling
"Game prompts you to gamble or gives instructions"

On-line
"Game can be played online"

While there is a legal obligation to indicate age by the USK for computer and console games on carrier media, a comparable obligation to legally indicate age for online games only exists to a limited extent. Browser games and downloads are considered to be telemedia, the youth protection regulations of which are regulated in the Youth Media Protection Treaty (JMStV). They only have to be marked if a title with the same content or in essence has already been marked with age.

The providers of online content ensure that children and young people cannot perceive content that is questionable under youth protection law and are obliged to comply with the youth media protection regulations of the JMStV. But a comprehensive control of all offers is made more difficult by the mass and the variety of accesses to online games via the Internet.

However, individual app stores (Google Play Store, Windows Store, Nintendo eShop, Oculus Store) participate in the IARC system (International Age Rating Coalition). At IARC, the game developers independently fill out an online questionnaire on the content of their product. From this self-assessment, IARC determines an age rating depending on the country-specific requirements - in Germany those of the USK. In addition to the pure age rating, IARC provides additional information on content relevant to the protection of minors such as violence, eroticism or explicit language. Also problematic interaction possibilities in the games, such as the sharing of personal information, the location transmission or the possibilities of the micropayment (English for small amount payment) Common name for a payment method with small sums. The hurdle to acquire something is therefore low. Often, digital goods or other benefits are sold through micropayments in games. In the field of mobile games, one also speaks of “in-app purchase”. See also Free2Play. Can be specified.

The work of the BPjM

Computer or console games that are not approved for minors by the USK are considered to be harmful to minors. The Federal Testing Office for Media Harmful to Young People can index computer games that it classifies as harmful to young people, provided that they have not yet received a USK mark.

Such an indexing results in far-reaching restrictions in sales and advertising for the games in question. Selling to children and young people is not permitted. In addition, the offering and exhibiting of the games is prohibited if the corresponding rooms are accessible to minors. Public advertising of these products is also excluded.

An indexing procedure at the BPjM can come about in different ways. It is mandatory when one of the 800 authorized bodies formulates a corresponding application. In addition, authorities or independent youth welfare organizations can initiate an indexing procedure, but in this case the BPjM determines whether it is necessary to carry it out.

A twelve-person committee of the BPjM decides on an indexing, or in particularly clear cases a three-person committee in a simplified procedure. The 12-person committee includes representatives from the fields of youth welfare, teachers, and art and culture. If the application for indexing is approved, the corresponding medium is added to the lists of media harmful to minors (also: index).

In order to avoid possible advertising effects, access to the lists of media harmful to minors is only possible to a limited extent.

"Through the Darkest of Times" was the first video game to be approved by the USK in mid-2018, although it contains marks of unconstitutional organizations; an important step for the equal treatment of games with other types of media.

The restrictions on the distribution of games set by the USK and the BPjM can only develop their full effectiveness for the protection of minors if they are consistently adhered to in practice. This primarily applies to distribution rules for retailers. All German providers - including online shops - are obliged to adhere to this, a control is carried out by the regulatory authorities. But also live events like LAN (= Local Area Network) a local computer network. In the network, several people can play with and against each other in multiplayer mode. Gamers organize so-called LAN parties especially for this purpose. Parties are affected by the regulations. The age restrictions for games offered apply to the entire event. If the regulations are disregarded, for example if the games are given to young people, fines are imposed.

A fundamental problem is the circumvention of the regulations by the international mail order business. Computer and console games, which may only be sold in Germany against proof of age or not at all, may be readily available abroad. Another factor is the immediate (family) environment of the children and adolescents. The passing on of inappropriate games by close relatives or friends is also a problem.

Furthermore, a control of all content offered on the Internet cannot be guaranteed, which is why, in the area of ​​games, illegal downloads and browser games in particular can conflict with the goals of youth media protection. In addition, the distribution of games as pirated copies via online file sharing networks is almost impossible to control.
<?