What types of stem cells are there?

The multitude of stem cell types may be confusing at first glance, but they usually only differ in two characteristics: origin and ability to develop. There is a close connection between these properties - the younger a stem cell, the more viable it is.

The most viable stem cell is the fertilized egg, also known as the zygote. It not only produces the embryo, but also part of the placenta - a prerequisite for the child to develop in the womb. The egg is totipotent: A person can emerge from it. This ability is already lost after the second or third cell division.

About five days after fertilization, the blastocyst develops and lodges in the uterus. Embryonic stem cells are obtained at this stage1. Any human tissue can develop from embryonic stem cells, but not a complete human being. Hence, researchers refer to them as pluripotent.

After birth, the body contains adult stem cells that only produce cells from a single organ2. There are multipotent Cells found in many human tissues. They are particularly common in organs that are exposed to great stress - their regeneration is the main task of adult stem cells. They are often obtained from bone marrow, skin, or umbilical cord blood. 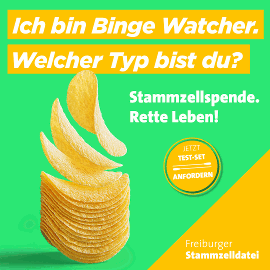 But not every organ is dependent on them. The heart, brain and pancreas in adults almost never renew themselves, and so there are no - or at least very few - adult stem cells there.

In addition to natural stem cells, there are also those that are produced in the laboratory. One of the first methods was somatic nuclear transfer: the nucleus of a normal body cell is transferred to an egg cell, whose own nucleus has been removed beforehand. The first successful nuclear transfer in mammals took place in the spring of 19973: The clone sheep Dolly was a sensation back then.

In the meantime, however, a more recent method has overtaken nuclear transfer: In 2006, the later Nobel Prize winner Shinya Yamanaka succeeded in reprogramming tissue cells into stem cells by introducing four genes. The induced pluripotent stem cells (iPS cells) behave in a similar way to embryonic cells - their ability to develop has given stem cell research and medicine a great boost4.

May 6, 2021
Chimera of man and monkey - a means to an end
Researchers inject human stem cells into early embryos of monkeys. However, the long-term goal is human organs in pigs.
more...