All women are white, all blacks are men, but some of us are brave

Documentation of the congress “Respect instead of resentment. Strategies against homophobia and transphobia ”, Berlin 2015

What is intersectionality and multiple discrimination? 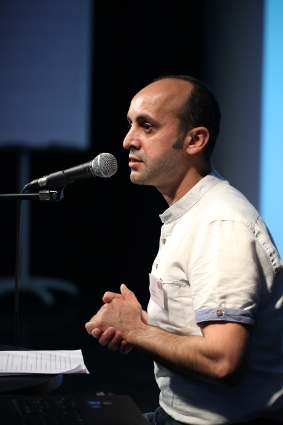 "Anti-discrimination work in Germany is still designed one-dimensionally according to the either-or principle, and that's how it is practiced. In their one-dimensionality, sexual orientation and migration-related characteristics are viewed as two categories that are either mutually exclusive or viewed as opposites . "(Zülfukar Çetin)

Kimberle Crenshaw, American black feminist lawyer and theorist, takes the sentence "All women are white, all blacks are men, but some of us are brave" as a starting point in order to [further] develop black feminism and the one-dimensionality of Criticize anti-discrimination law and policies in the United States. One of the main arguments in their criticism is that 'gender' and 'race / ethnicity' are viewed as two different, mutually exclusive categories in the anti-discrimination policy areas. To illustrate her criticism, Crenshaw analyzes feminist theory on the one hand, while looking at anti-racist theories on the other. In doing so, she notes that in each of the two areas certain subjects are either forgotten or hidden.

For example, feminist theory often discusses the discrimination experiences of women who are not black. In the anti-racist theory, however, it is primarily about the racism experiences of men who are black. Both areas therefore focus on subjects who have privileges in their social life: white women because of their whiteness, black men because of their gender as a man. Black women who were not included in either feminist or anti-racist work are ignored - according to the results of Crenshaw's legal analysis.

No racial or sexist discrimination was found in a court case in which five Black women sued General Motors for “layoffs”. The court dismissed the black workers' complaint of sexism, arguing that sexism cannot be proven at the company because it continues to employ [white] women who are not dismissed. The court also denied the racial discrimination lawsuit because General Motors was able to prove that they also employed black men in the company who were not dismissed.

This court case shows that black women are discriminated against on at least two levels: On the one hand, they are not viewed as representatives of one gender - that is, as women. On the second level, they are denied the right to be represented as blacks. The court's decisions in this case are based on the Civil Rights Act of 1964, the then civil rights law, which was intended to combat racial discrimination in public spaces, but which did not protect against combined, multi-dimensional discrimination.

Such cases of discrimination can also be found in Germany today. The phenomenon of multidimensional discrimination can be explained using the example of LGBTI people with experiences of racism, which are hardly represented in the majority society:

The German anti-homophobia policy is primarily concerned with the experiences of discrimination and the rights of white German gays who are in focus because of their sexual orientation. In the anti-discrimination work against racism, on the other hand, the focus is usually on people whose sexual orientation does not always play a role in the counseling work. The simultaneity of being LGBTI and person of color has not yet been taken for granted. This can easily be explained with the anti-discrimination policy of civil society and the state, which has still not established a multi-dimensional anti-discrimination approach. Because anti-discrimination work in Germany is still designed one-dimensionally according to the either-or principle, and that's how it is practiced. In their one-dimensionality, sexual orientation and migration-related characteristics are viewed as two categories that are either mutually exclusive or viewed as opposites. Such a one-dimensional approach is not only pursued by legislation, but also by civil society and science. For example, in an online study conducted nationwide in recent years on the subject of “Discrimination experiences among lesbians and gays with a migration history”, the respondents are presented as victims of their “migrant” families. In addition, they are encouraged to talk more about their homophobia experiences instead of addressing the racial discrimination. In addition to the possible migration connections of many LGBTI people, their religious affiliation is often seen in the mainstream as a contradiction to their sexual orientation. The fact that there are Muslims who are LGBTI at the same time, or that there are LGBTI who are staunch Muslims, is often not an issue. In this case, too, we encounter the problems of the one-dimensional perspective. With the Muslim LGBTI it is not only about sexual orientation and ethnicity, but also about belonging to a religion, whose members in Germany are made the enemy of the "Occident".

What is intersectionality and multiple discrimination?

Crenshaw and many other black feminist theorists and researchers of Color emphasize in their practice-oriented research that people cannot simply be viewed as representatives of a specific group. According to them, everyone owns

In addition, there are people who are affected by multidimensional discrimination because of their [attributed] religious affiliation, [non-privileged] nationality, [insecure] residence status, homelessness, etc. As the example of black women against General Motors shows, we also encounter situations in our society like the LGBTI of Color, who experience exclusion not only because of their sexual orientation, but also because of their skin color, their name, their [ascribed] religion, theirs social and residence status, their citizenship etc. The respective forms, reasons and places of discrimination are so interwoven that one inevitably has to speak of different dimensions of discrimination in the social system.

At this point, according to Crenshaw and many other black feminist theorists and researchers of color, the multidimensionally discriminated people mobilize their forces, activistically, scientifically, legally, in order to make the discrimination visible and to encourage others to defend themselves against discrimination, such as it is expressed in the second part of my opening sentence: "... but some of us are brave".