What is evolutionary consciousness

The big questions: How did human consciousness come about in evolution?

We see, hear and feel three-dimensionally and can imagine three-dimensional objects. Why can we see the world in this way? Evolutionary epistemology answers this question: It claims that thinking and cognition are the functions of the human brain and that this brain is a result of evolutionary processes: We know this because we can reconstruct the entire ancestral history of the brain, for example the formation of the cerebral cortex (cortex) . Cognitive structures such as the cerebral cortex have developed in line with the evolution of their evolution to adapt to the environment and enable the individual to deal successfully with his environment (at least most of the time).

„The monkey, which had no realistic perception of the branch it jumped at, was soon a dead monkey - and therefore does not belong to our ancestors. "

In terms of its cognitive abilities, it is today's homo sapiens far superior to its closest relatives, the great apes. These abilities arose after the last common ancestral population of chimpanzees and humans split up, five to seven million years ago. Evidently there was a strong selection pressure on the development of this faculty of knowledge.

During the individual development of the brain, the initially random connections between the nerve cells are strengthened through their use (positive selection). Excess nerve cells are removed by programmed cell death (apoptosis) (negative selection). The Nobel Prize winner Gerald M. Edelman (1929-2014) assumes in his theory of Neural Darwinism that the basic unit of this selection is not a single neuron, but groups of fifty to a thousand interconnected neurons.

The cellular substrate of cognition consists of millions of groups of neurons that are organized into maps. These cards can each be assigned to specific elementary categories of our selective perception. Some maps are located in anatomically defined, predetermined areas of the cerebral cortex, for example in the case of color: color is created in the visual cortex by the synchronization of thousands of neural groups in the so-called Area V4 constructed. Other areas of the cortex are malleable, pluripotent "properties" that (within certain limits) can also fulfill another function. The brain region, which is the auditory cortex in hearing people, can be used for vision in deaf people.

Neural Darwinism is a theory of neural group selection: As we walk around, our sensory organs take samples of the environment, which are used to generate maps in the brain. Through our experience, those cards are selectively strengthened that correspond to successful perceptions - successful because they have proven to be the most useful and beneficial in the construction of "reality".

Neural Darwinism explains the ability to abstract and consciousness through the synchronization of neural maps in the human brain. It is made possible by the so-called reentrante signal transmission, the reciprocal and parallel networking of the signal paths of neural maps. According to this, the perception of a bird is based, for example, first on the synchronization of activated groups of neurons to a map, then on the further synchronization of a number of maps that are scattered over the visual cortex. Cards that specialize in different aspects of the bird's perception (its size, its chirping, its color, its wings). This creates a diverse, flexible object of perception, the "bird", which enables us to immediately recognize an enormous variety of birds as birds.

Edelman, who originally wanted to become a concert violinist, said in a BBC radio interview:

“Imagine if you had 100,000 cables that happened to connect the four members of a string quartet, and that between them, even though they didn't speak a word. If signals were constantly exchanged in an infinite number of hidden paths [as usually happens between such musicians through imperceptible non-verbal interactions], that would unite the whole set of tones into a unified whole. This is how the maps of the brain work by means of reentrant signal transmission. "

Edelman believed that sometime in the past seven million years, reentrant higher-level signaling enabled the development of a "higher order consciousness" in humans. He understood his theory, which he first published 30 years ago, as a completion of Darwin's theory of evolution: by adding selection at the cellular level within a person's lifespan to natural selection at the population level over many generations.

It was a radical and bold design that did not get the attention it deserved in the professional world at the time. That was mainly because that Neural Darwinism was a very abstract and difficult-to-read treatise. Edelman's book was gray theory. Darwin, on the other hand, had The Origin of Species loosened up and illustrated by countless examples of natural and artificial selection.

Plato and the Parrots: On the Natural History of Mind

Is the human brain a quantum computer? 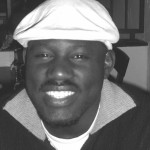 Joe Dramiga is a neurogeneticist and studied biology at the University of Cologne and King’s College London. In his doctoral thesis he dealt with gene expression in a mouse model for frontotemporal dementia. Frontotemporal dementia is a brain disease that is similar to both Alzheimer's and Parkinson's. Contact: jdramiga [at] googlemail [dot] com